Andrew M. Coffey Has Been Recognized Among the Top in His Industry by the Expert Network© 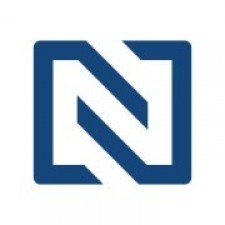 Fort Lauderdale, FL, April 13, 2016 (Newswire.com) - ​​​​​​​​​Andrew M. Coffey​​, Board Certified Criminal Trial Law Specialist, has joined The Expert Network, an invitation only service for distinguished professionals. Mr. Coffey​​​​​​​​​​​​​ has been chosen as a Distinguished Lawyer™ based on peer reviews and ratings, dozens of recognitions, and accomplishments achieved throughout his career.

Mr. Coffey​​​​​​​​​​​​ outshines others in his field due to his extensive educational background, career longevity, and numerous awards and recognitions. He received his Juris Doctor, ​cum laude​, in 1996 from Nova Southeastern University Shepard Broad Law Center in Ft. Lauderdale, FL where he graduated in the top 20% and was included on the Dean's List. While in law school he was awarded a Goodwin Fellowship which allowed him to author a comprehensive history of Florida's juvenile pre-adjudication process. This published booklet is still used today in local colleges as a teaching guide in juvenile law courses. He earned his Bachelor of Arts in History in 1993 from Emory University in Atlanta, GA where he was included on the Dean's List. Mr. Coffey is also a ​Board Certified Criminal Trial Law Specialist and has been named a Florida Super Lawyer by Law and Politics Magazine.

"I had an uncle who was an attorney. When I was eight years old I went to court with him and I knew right away that this was something I wanted to do, even from that early age."

Since earning his law degree, Mr. Coffey has seen a precipitous rise in criminal defense. He began his career working in the Broward County Public Defender's Office, where he represented a wide variety of clients whose charges ranged from First Degree Murder to juvenile offenders. His success there culminated in becoming a Supervising Lead Attorney tasked with assisting both new attorneys and law school interns in their training and development.

After practicing as a public defender for six years, Coffey entered private practice in 2002, and has since cultivated a reputation as a preeminent criminal defense attorney. He is one of only 330 criminal attorneys in all of Florida to be designated as a Board Certified Criminal Attorney, while he has tried more than one hundred jury trials over the course of his career, spanning a wide range of cases.

As a thought-leader in his industry, Mr.​​ Coffey is uniquely situated to follow trends in criminal defense. In particular, he is heartened by Broward County’s judicial response to a recent rise in opioid addiction, which he claims is a result of proliferating prescriptions in the area. He noted:

"What's interesting is that the justice system is really trying to focus more on rehabilitation for drug-related offenses. I think they're finally starting to realize that incarcerating people without any type of help is really not benefiting them nor is it benefiting society. I think recently there has been a concerted effort to get people on probation the help that they need, sending them to treatment, to rehab, or to halfway houses where they can actually get better instead of just cycling through the court system in such a way that when they get out of prison they wind up going back to exactly what they did before."