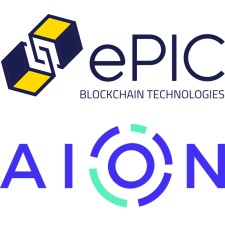 TORONTO, May 7, 2018 (Newswire.com) - ePIC Blockchain and Aion partner to set the standard for building best-in-class blockchains. The lack of alignment between protocol developers and the infrastructure required to run scalable distributed networks is a core constraint on the growth of the blockchain economy. Collaboration between protocol developers like Aion, its community, and hardware designers like ePIC is demonstrating how the alignment of software and hardware design will develop a distributed network that can scale with fewer infrastructure driven forks, which fragment and distract the protocol community from building value. The ePIC-Aion partnership will result in the first open source implementation of Equihash on an FPGA (Field-programmable gate array), producing a 10x efficiency gain over a Graphics Processing Unit (GPU), resulting in a more secure, decentralized, and scalable processing network.

Additionally, ePIC is releasing an HDL (Hardware Descriptive Language) design to ensure the Aion Network is supported by a best-in-class hardware ecosystem.

ePIC, as a leading blockchain hardware developer, continues to build upon its IP portfolio and industry relationships in support of its long-term vision of developing a blockchain specific processor. The ePIC blockchain processor is designed to serve as the processing platform of choice for secure, decentralized, and scalable blockchains.

"Working with Aion is a fantastic first partnership for ePIC to develop hardware in collaboration with a protocol developer and more importantly, their community. This is one of the first examples of Trustware development where both software and hardware development teams are collaborating to generate a highly secure, decentralized, and scalable platform. ePIC is excited to share our Aion FPGA based design with the Aion community at AIONEX May 2, says Scott Howard, CEO of ePIC Technologies.

The relationship between Aion and ePIC is the reference model for how blockchains can collaborate on hardware and protocol development. The alignment of hardware and protocol development through the community is a path to scalability, stability, and adoption. The teams are also excited that this is a made in Canada relationship continuing Toronto’s leadership in the blockchain sector. Earl Mai, ePIC’s CTO is presenting this reference design at Aion’s first developer conference, AIONEX in Toronto, May 2, https://aion.network/aionex.

ePIC collaborates with blockchain infrastructure companies, protocol developers, and their communities to design, develop and optimize the hardware necessary to extend security, functionality, and scalability.

The Aion network is a multi-tier blockchain network designed to solve the problems of interoperability and scalability in the blockchain industry. It enables a future where many blockchains exist to solve unique industry problems and to power the services of the modern world. Aion will become the common protocol used for these blockchains, enabling more efficient and decentralized systems to be built. The Aion protocol enables the development of a federated blockchain network, making it possible to seamlessly integrate dissimilar blockchain systems in a multi-tier hub-and-spoke model, similar to the internet. For more information, please visit aion.network