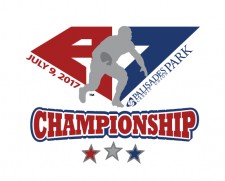 The A7FL® will hold its third annual Championship in metro New York City, Sunday July 9th at 2PM EST at Palisades Credit Union Park. Tickets go on sale today at the park box office and are exclusively made available online at Tickets.com. The A7FL represents the world’s largest semi-professional 7 on 7, no pads, tackle football league. Since its inception in 2014, the A7FL has drawn tremendous press and record online ratings and viral exposure from outlets such as Sporting News®, Bleacher Report®, and ESPN®, and social media platforms like YouTube, Facebook, and Instagram. Now ELEVEN Sports Network has acquired the exclusive United States and International broadcast rights to the A7FL 2017 Championship. Through ELEVEN Sports Network distribution with DirecTV and FiOS, the A7FL 2017 Championship will be accessible by over 70MM homes worldwide.

Sener Korkusuz CEO of A7FL said: “A7FL is poised to become the next major sports and entertainment franchise on television and we are excited to build on this traction to bring the compelling stories of our athletes, the excitement of American 7s Football, and a format for the expansion of American 7s Football® to the world”. “American 7s Football® is grateful to ELEVEN Sports and Palisades Credit Union Park for hosting our 2017 Championship so many more fans from across the US and the world will have a chance to either attend live in person or watch this historic live televised A7FL event”, said Ryan DePaul, co-founder and President of the league. This agreement that awards ELEVEN Sports Network the exclusive rights to broadcast the A7FL 2017 Championship game, and follows the league’s latest announcement of ESPN E60 filming A7FL documentary coverage to air about a week prior to the NFL season kick off this September.

“Today is one of the most important days in A7FL history and marks the first televised broadcast of the sport of American 7s Football to the world. We believe we have found the platform and partner in ELEVEN Sports Network who is pioneering exposure for new and exciting sports to fans globally. We look forward to bringing A7FL fans the great American 7s Football they love by inviting them to watch our 2017 Championship LIVE on ELEVEN Sports Network,” said Sener Korkusuz, CEO, A7FL.

About ELEVEN Sports:
ELEVEN SPORTS is available in 70 million homes worldwide in Belgium, Italy, Luxembourg, Poland, Singapore, Taiwan and the United States. Launched in the US in March 2017, ELEVEN SPORTS is dedicated to delivering world-class domestic and international sports and lifestyle entertainment ‘For The Fans’. Sports fans will be treated to a unique mix of emerging and established sports combined to provide engaging and compelling LIVE entertainment, placing the viewer at the very heart of the action.