A. Jay's New Book, "Murder in the Snows" is a Thrilling Murder Mystery Set in the Eastern Part of the Upper Peninsula in Michigan.

Recent release "Murder in the Snows" from Covenant Books author A. Jay is a fascinating work of fiction that delves into the dark and horrid scenes of death and slaughter. 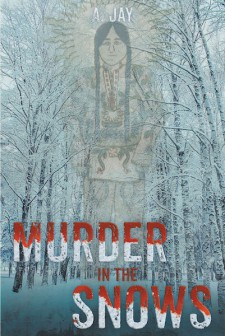 Hessel, MI, January 17, 2018 (Newswire.com) - A. Jay, a fiction editor for an international literary journal who earned her bachelor’s degree in liberal arts with a minor in creative writing and emphasis in criminal justice at Lake Superior State University, has completed her new book, “Murder in the Snows”: an overwhelming and deathly conundrum about the murder of a Native American in the year 1947.

Jay shares, “Struggling to keep alive, he saw red again as he felt another blow. Then his body was dragged, the back of his head banged on chunks of frozen ice. He felt ice-cold water shock his feet, legs, waist as he slipped into the fish trench. He grabbed the edge of the ice and felt his gloved hand freeze fast.”

Published by Covenant Books of Murrells Inlet, South Carolina, A. Jay’s new book follows local sheriff George Kaughman as he attempts to solve the death of the victim, who happens to be his best friend Two Shoes, a Native American.

The book features the struggles of a man seeking justice for his murdered friend, in a tale where the reader is taken to a roller coaster ride filled with clues and red herrings, until evidence leads to a substantial discovery and a surprising resolution.

Readers can purchase “Murder in the Snows” at bookstores everywhere, or online at the Apple iTunes store, Kobo, Amazon, or Barnes and Noble.

Patricia A. King's New Book, 'Innocence: The Eye of the Water' is One Woman's Profound Journey Throughout Life's Numerous Curveballs
Recent release "Innocence: The Eye of the Water" from Covenant Books author Patricia A. King is a personal story of finding hope, faith, and happiness through an undiagnosed speech impediment during childhood, terminal cancer, and many other life adversities.
Covenant Books - Apr 19, 2021