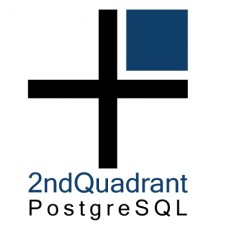 Oxford, United Kingdom, October 5, 2017 (Newswire.com) - ​​​​​​​​​​​​​​​The PostgreSQL Global Development Group today announced the release of PostgreSQL 10; a major milestone for the project and PostgreSQL community, containing additions that have been anticipated for several years. Some of the most notable features in this release have been developed by members of the 2ndQuadrant team, which has proudly contributed to the PostgreSQL project consistently for the past 15 years.

The biggest splash of the release has been made by Logical Replication. This long-awaited feature addition allows more flexibility than physical replication, including replication between different major versions of PostgreSQL and selective-table replication. As part of this feature, 2ndQuadrant has also contributed the ability to create temporary replication slots that are automatically removed on session exit or error. The feature acceptance comes after multiple years of persistent efforts from Petr Jelínek, later championed by Peter Eisentraut.

Another exciting feature 2ndQuadrant contributed to PostgreSQL 10 is the ability to add Multi-Column Optimizer Statistics to compute the correlation ratio and number of distinct values. This addition is yet again the result of a multi-year effort, this time by Tomas Vondra. He was later assisted by David Rowley and Álvaro Herrera, who helped with reviews and code structure rework to get the feature into final shape for the release.

“It’s the Big One — the release where we finally get logical replication into core!” said Simon Riggs, founder and CEO of 2ndQuadrant. “This work has taken many years of effort to bring to the current level, resulting from many 2ndQuadrant developers and various reviewers and testers.”

2ndQuadrant has also worked actively with fellow members of the PostgreSQL community to contribute:

2ndQuadrant plans to continue playing an integral role in supporting the growth of PostgreSQL and contributing to its development. “Open Source PostgreSQL has been gaining traction year on year and we’re attracting interest from the largest enterprises now due to its robust capabilities,” explains Riggs, “and 2ndQuadrant is proud to be a key part of the PostgreSQL community.”