​With the commercial UAV penetration rate increased significantly, its shipments will also increase significantly. By 2022, commercial unmanned aircraft shipments will exceed 620,000, six times in 2016. China and the United States, the business of two major sales of unmanned aerial vehicles, by 2022, the two countries of the commercial UAV industry market value will account for the global commercial UAV industry market value of more than 50% (of which China accounted for 19 %, The United States accounted for 31%).

​At present, the lower threshold of the UAV (usually refers to the price of less than 2,000 US dollars, or 13,000 yuan) dominated the UAV market, by 2022, they will occupy the global UAV shipments of two-thirds; But interestingly, five years later they expect only 13% of the gross revenue of the UAV market, as UAVs are moving towards "industrial" transformation. In the autonomous unmanned unmanned aerial vehicle, current (2017), its shipments are almost zero, negligible, but by 2022, it will be completely another scene - to achieve full free flight Man-machine shipments will exceed 12,000 units. These all-in-one unmanned aerial vehicles do not require any man-made operations throughout the mission, and they will begin to appear in large quantities in the UAV market by 2020. The reason is a small part is driven by technological development, but the main reason is the consumer awareness of the rise and unmanned aerial vehicle regulatory mechanism is mature and sound, making the independent UAV ushered in the development of the mature period.

​Chinese enterprises in Xinjiang (DJI) in the consumer-class UAV market dominance is very obvious. In 2016, Xinjiang is the world's largest supplier of unmanned aerial vehicles, ranked fifth in the subsequent suppliers for the US 3DR, China's EWatt (Ewatt), Switzerland's SenseFly, Japan's Yamaha (Yamaha), China's Hao (Yuneec). Among them, Xinjiang accounted for 53% of the global UAV market share, the other five suppliers share the total share of the global UAV market share of 23%.

The next five years, UAV applications in the following 15 industries and areas will increase significantly (as shown above): agriculture, housing testing, construction, mining, transportation, logistics, oil and gas, power lines, renewable energy, media and entertainment, police and fire, traffic monitoring, environmental monitoring, disaster response, public land management. Among them, the logistics industry, oil and natural gas, as well as police and fire,, three areas of the fastest growing, respectively, to 238%, 126% and 110%. In addition, although the current unmanned aerial vehicles in the field of media and entertainment, the most widely used, but by 2022, its development speed was clearly catching up in other areas, is expected to increase its annual rate of only 16%. 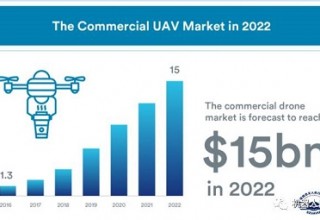 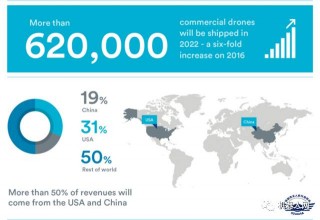 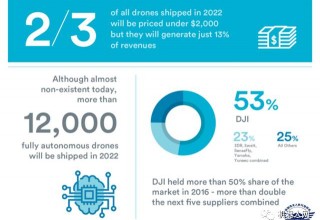 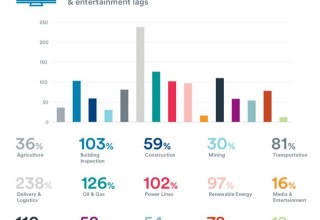