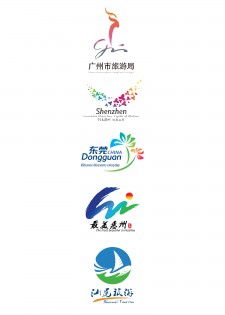 During the event, Ms. Yongqun Yang introduced Guangdong’s comprehensive transitions in economics, trading, culture and tourism industries since Chinese economic reform. In 2016 – U.S. and China Tourism Year, Guangdong Province travel bureau plans to pursue their goal of enticing international tourists to visit Guangdong, China and establish cooperative relationships with the state of Florida. With the great and solid foundation that has been built between Guangdong and Florida in the recent years, hosting the event in the beautiful City of Orlando will help to further increase tourism between the two destinations.

Guangdong province is now one of the richest in China, with the highest GDP among all the provinces.  Currently, Guangdong is accelerating the new industrialization and the development of high-tech industries that focus on information technology, biotechnology, optical-electronic-machinery integration and new materials.

Guangzhou and Shenzhen are two of the top ten largest cities that are rapidly developing in Internet and tourism areas. Through the Internet, the two cities are able to promote client and public innovation, cooperation innovation, also innovation of emerging industries, thus promotes the continuous development of real economy and cooperation between China and U.S.

The success of the event will have a positive impact on not only the tourism industry, but also on strengthening economics, trade, and travel exchanges and cooperation between the two countries.

More information about the Guangdong Tourism is available by contacting: