Lydia Ko credits her historic victory at the Evian Championship, the final major of the season to her swing coach David Leadbetter and his revolutionary new A Swing approach. Leadbetter worked with Ko this week in France fine tuning her swing and drawing on his experience coaching numerous major champions. Ko is Leadbetter’s 20th major winning student.

“Lydia said in a post tournament TV interview after winning the Evian that she was “speechless,” said Leadbetter, who worked with Ko throughout the championship week. “Hey, I’m not one who’s often lost for words,” he adds, “but right now I’m mostly filled with feelings of pride and congratulations and, indeed, admiration for this remarkable young lady.  Speaking from the heart, maybe there are no more words to say than these.”

“On the other hand,” Leadbetter continues, “Lydia is on track at a remarkably young age to become one of the greatest players in the game. So from a strictly golf point of view there is indeed a lot more to discuss and say about this tremendous young talent, as there will be I’m sure for many years to come.”

Ko’s win, her fourth on the LPGA Tour this year and her 15th as a professional overall (her 9th since turning pro), crowns Ko as the youngest woman ever to win a professional major championship and the youngest player to win a woman’s or a man’s major in 147 years.  Her closing round 63 at the Evian Championship also sets the record for the lowest final round ever in a women’s major event.

“I knew I wanted to get better as a golfer,” Ko begins, “and to develop a swing I could count on performing under pressure during tournaments. I believed when I started working with David and Sean Hogan at the beginning of 2014 that in order to win majors, like the Evian Championship, I had to learn how to draw the ball more consistently in order to gain more distance off the tee. I also wanted a simple swing I could make without having to over-think it and one that would allow me hit a variety of different shots. David’s A Swing has been that for me and a whole lot more. I understand my golf swing better now than ever and can make the small corrections I may need to make during a round for the most part quite easily.”

Lydia Ko is one of a number of golfers now adopting Leadbetter’s new A Swing approach. The A Swing is a simple and more efficient swing that delivers greater synchronization, resulting in more consist ball striking and less room for error. The beauty of the A Swing is that players can customize it to suit their own game and is as applicable to Tour players as it is amateurs. Other students of Leadbetter’s using the A Swing include Byeong-hun An and Alexander Levy.

Read the full story about Ko’s work with Leadbetter at: http://davidleadbetter.com/news/lydia-ko-wins-evian-championship/

-- More about Leadbetter’s A Swing --

On May 12, 2015, David Leadbetter released THE A SWING: The Alternative Approach to Great Golf (St. Martin’s Press, $27.99). Leadbetter’s first instruction book for 10 years, and he says:

“I wanted to bring out a book that will change the way people think how the game is taught. Yes, it may be a bit controversial, but golf instruction needs to be shaken up because for the masses, this game can be just too hard. We need to change the paradigm where we make this complex game easier to learn and easier to play–and that is for players of all ability levels. I am so excited about this book because we have tested it amongst a range of students, from beginner to tour player, old and young, and the results have been nothing short of phenomenal.”      -David Leadbetter

THE A SWING – “A” standing for “Alternative” – is based on solid, scientific principles and has been studied by one of the world’s leading biomechanists, J.J Rivet, who says that in his testing of students of varying abilities, he has never seen such consistent results and improvement in accuracy and distance. THE A SWING is simple to teach and easy to learn, and fixes most of golf’s common faults. In conjunction with a 7-minute practice plan, THE A SWING enables a golfer to reach their potential in minimal time. The genius of THE A SWING is in its simplicity with over 200 helpful illustrations, Frequently Asked Questions sections, easy summaries­ and a line of specially designed training aids – the book is a complete toolbox for self-improvement. Any player frustrated with their game or not satisfied with their progress needs to try THE A SWING.

“This is an extension and evolution of my philosophy over the years,” says Leadbetter, “and is the result of the time I’ve spent teaching the world’s greats, and recreational golfers alike. The A Swing, like hickory to steel and persimmon to metal heads, is a revolutionary advance in golf instruction. My goal has always been to help golfers improve and enjoy the great game of golf and realize their potential,” says Leadbetter.

For the past 30 years, David Leadbetter has been considered the world’s leading golf instructor, whose students have won hundreds of professional tournaments, including 19 major championships. He has numerous golf academies around the world and many of today’s leading instructors graduated through the Leadbetter Academy system.

THE A SWING will allow the golfer to find their “A” game and is set to turn the golf instruction world upside-down. David Leadbetter is available for interviews. I look forward to your coverage.

For more information about The A Swing book and training aids visit: www.leadbetterAswing.com

To read David’s series of A Swing blogs visit: http://leadbetteraswing.com/the-a-swing-blog/

Watch this amazing video showing how the A Swing transformed an average golfer with many common swing faults after only a few hours. https://www.youtube.com/watch?v=tbY7VDEysV8

He is regarded as the world’s premiere golf instructor, PGA Hall of Fame Professional, Golf Digest Teaching Professional and regular contributor to the Golf Channel. His clientele include nineteen Major winners, six players who have held 1st place in the Official World Golf Ranking along with many more of the world’s very best and most famous golfers. He is also the author of seven golf instruction books, making him the world’s top author of golf instruction books with well over two million copies sold.  He has written and produced a number of instructional golf DVDs, as well as written and co-produced over 40 television programs. The Leadbetter brand of golf instruction products and services spans the globe and continues to impact the game of golf worldwide. There are currently 23 full-time golf academies strategically located in 12 countries. He has developed a complete line of innovative instructional teaching products and teaching aids helping tens of thousands of golfers throughout the world play better, shoot lower scores, and have more fun while playing better golf.

THE A SWING: The Alternative Approach to Great Golf

By David Leadbetter with Ron Kaspriske

For more information, a copy of the book, and to arrange an interview with Mr. Leadbetter, please contact:

FURTHER TESTIMONIALS FOR THE A SWING

David is a credit to golf. He loves the game as much as anybody I have ever seen and the A Swing may be one of the greatest contributions. If there is a better teacher in golf than David, I would like to meet him.

“It has been fun working with David. He has taught me so many new things about swing fundamentals and how the body and muscles work. I’m excited about what lies ahead, and so will you be, if you try David’s A Swing – it could really help your game.”

“The A Swing I have worked on with David is so easy to do and repeat, and when it goes off I have a clear picture of what to do to get back on track.”

“A simple and easy way to understand and practice the Golf Swing. I wish we had figured this out years ago. The "A Swing" could change the way the Swing is taught. Anyone can do this.”

Denis Watson, 11 Time tournament winner Including the World Series of Golf 1984 and the Senior PGA championship at Kiawah Island 2007

“I have been a passionate, competitive senior golfer for many years, winning tournaments all over the world. When David introduced me to the A Swing with a few tournaments to go to reach the 200 mark, it made all the difference. It is so understandable and answered all my questions. My consistency has improved immensely and it makes practicing more productive. The A Swing has given me a new lease on life and I know I can still improve and hopefully win many more tournaments.”

"I know it sounds crazy to say, but with The A Swing I am honestly at times hitting the ball at least FIFTY yards longer and straighter. FIFTY yards, no exaggeration, my caddie is my witness. He knows my game, and he says, if he had not seen it with his own eyes, he would never have believed it! The secret that the A Swing has revealed is synchronization, which is the key to consistency repeatability, power and accuracy! The A Swing has answered so many questions for me and I now have an exact road map to playing great golf.

Greg Kraft, PGA Tour winner - about to embark on the PGA Champions Tour

“There is a wonderful simplicity and logic to the A Swing which produced instant results in my game, making range time meaningful and, gave my confidence a huge boost on the course in competition. One of the keys to playing better golf is ’trusting your swing’, entertaining no self-doubt and with a firm conviction that it will work as required especially under pressure. The A Swing does what it says on the tin!  The scientifically proven biomechanical advantage of this swing speaks for itself, and I can say without doubt it has made the single greatest positive on my game in 40 years”

David Leadbetter Golf is the leading golf instruction company in the world, with over 35 Academies in 12 countries. David's teaching methods have produced 26 Major champions, 6 World No.1's as well as helping golfers of all abilities to play better. 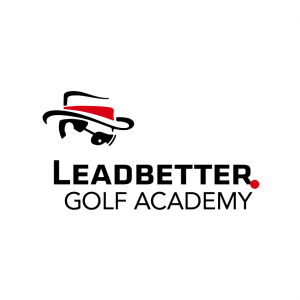