Smart Crowdfunding is slated to carry out strategic marketing initiatives for the 'CommunityCube' project on Indiegogo. This campaign is raising the funds needed to bring a new personal security and privacy protection open source server to market

Hamburg, Germany , July 22, 2015 (Newswire.com) - ​The creators of COMMUNITY CUBE, a new plug and play open source server focused on protecting privacy and providing personal security, has launched a crowdfunding campaign on Indiegogo. This campaign has already exceeded their initial funding goal by more than 1,500% and shows no signs of slowing down. COMMUNITY CUBE is an “one-to-all, all-to-one” model designed to provide any internet service a person might need, while also eliminating the risk of being spied on by  government agencies, big corporations, hackers and malicious software. When discussing their inspiration, the creators’ state, “We believe that government and corporate snooping are the biggest threats to personal liberty and democracy that we’re facing.” So the team decided to tackle the problem, and found a solution.

Each COMMUNITY CUBE comes with the following functionalities: Cage OS operating system, a decentralized anonymous search engine with administrator rights, filter-connector for social networks, secure decentralized video conferences, a secure storage system with collaborative tools, transparent email encryption, anonymous web traffic ad-blocker, intrusion prevention system, anti-virus and anti-tracking technology for web browsing. COMMUNITY CUBE is being offered in various versions, the standard size in multiple colors, the smaller version, and the new wearable version. A person can also get the CageOS operating system separately in either download form or on a microSD card. This system essentially creates a quarantine zone of personal protection, anonymity and security for a user.  COMMUNITY CUBE encrypts personal data 3 times in order to ensure personal security and anonymity. This encryption occurs before the info leaves a user’s computer, in the collaboration tool before the data goes to the hard disk, and then again when backing up to the grid.

The inspired creators of COMMUNITY CUBE have been working very diligently with all of the essential groundwork for their revolutionary operating system and they are now ready to begin the next phases in development which is why they have launched their Indiegogo crowdfunding campaign. All funds raised with this campaign will go toward refining the code development and hardware production. As an added bonus with this campaign, contributors have the opportunity to be one of the first people to experience the added security of COMMUNITY CUBE at a discounted rate. Supporters of this campaign can pre-order the various versions and sets of the system. Full details can be found on their Indiegogo campaign page.

COMMUNITY CUBE was created by a talented group of individuals who grew tired of the NSA and other agencies who feel entitled to spy on private information. The device is a small plug and play server designed to build a fair and cooperative internet. The team hopes to create a massive, parallel internet from users who deploy the COMMUNITY CUBE server. This server offers users a single, failsafe, 100% citizen distributed network that safeguards privacy and security. 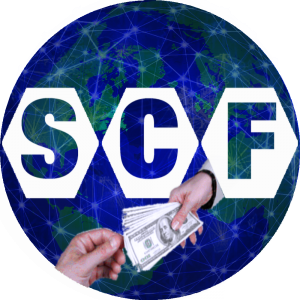