The way people shop may have changed forever as a result of the COVID-19 pandemic. An accelerated shift to online shopping and changing trends among young shoppers have seen the rising popularity of alternative credit firms. 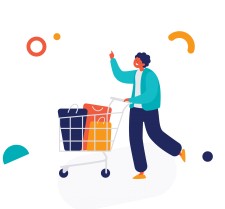 SYDNEY, October 6, 2020 (Newswire.com) - New research into buy now pay later services commissioned by Openpay and reported by Mozo found that over 50% of Australians have delayed essential spending in 2020 due to the COVID-19 crisis. The survey of 1,000 people living in Sydney, Melbourne, Brisbane and Sydney found that 61% of those living in Sydney and Melbourne have limited themselves to essential spending.

With two-thirds of survey respondents from Melbourne and Sydney and 56% from Brisbane reported using less cash than they were six months ago, small eCommerce retailers are discovering how leveraging buy now pay later (BNPL) can help boost not only customer engagement and loyalty but also their bottom line.

Installment payments can allow those customers feeling the pinch of the economic downturn to pay off their purchases over time while providing steady revenue streams for small businesses that keep them afloat. Buy now pay later offerings have also proven to increase the average order value by placing items within financial reach for customers who would probably have called it quits on the spot.

Fortunately for SMEs, many of which are financially fragile, there’s more good news on the horizon. The booming buy now pay later sector, led in Australia by Zip Co, is now making its way into the small business market.

In an ASX statement, co-founder and Chief Operating Officer of Zip Co Peter Gray said a series of products and solutions for the SME market would soon be introduced as Zip Business becomes established.

The newly launched Zip Business product was designed to allow merchants to access their purchase inventory, cover short-term expenses and manage their cash flow via access to flexible lines of credit.

“We are excited to formally launch a suite of products for the small business community,” Gray said. “[We believe it is] a segment that has been underserved by the traditional lenders in recent years.

“A thriving small business community is critical to the health of the Australian economy,” he added. “It comes at a time when Australia’s small businesses are confronting the extreme challenge of COVID-19.”

The "buy now pay later" industry is evolving rapidly and we can expect to see the expansion of the offering to many more businesses over the next six months. 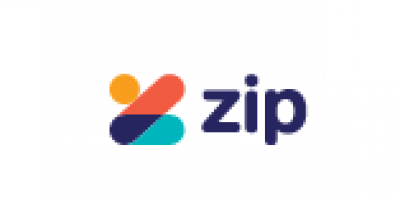 The Best Gaming Laptops on the Market
There are plenty of gaming laptops available on the market today to cater to different needs, budgets and performance preferences.
Zip.co - Aug 16, 2021

Liberty Financial Lender Shares Insights Into Paying Off Home Loans Faster
Leading Australian non-bank lender Liberty says the trick to paying off home loans quicker is finding the right strategy to suit a borrower's financial needs and goals. While most home loans have a 30-year term, there are many ways to pay them off in less time.
Zip.co - Jul 27, 2021