Zhejiang Senior University Establishes Alliance With ASIB-CTIP in the U.S.

Zhejiang Senior University of Zhejiang Province, China has signed a Memorandum of Understanding (MOU) with The American School for International Business (ASIB), a Council for Trade and Investment Promotion (CTIP) training school to promote training courses designed for senior citizens in New Jersey focused on international trade and livelihood projects.

NEWARK, New Jersey, May 25, 2018 (Newswire.com) - CTIP's own training school, The American School for International Business (ASIB) has signed an MOU with Zhejiang Senior University of the People's Republic of China to introduce courses in New Jersey designed for "senior citizens" in the field of international trade and livelihood projects advocating on the principle that there is life after retirement.

Mr. Jeffery Jones, Chairman of CTIP, stated a delegation from the university came to visit the City of Newark, NJ last May 21, 2018, upon the invitation of CTIP as host. Jones said a conference was held on the topic of U.S. retirement and pension system, including challenges and opportunities under a post-retirement scenario among our senior citizens.

In an interview with Mr. Mao Ruifu, the Vice-Principal and Deputy Director General of the University in Zhejiang Province, the Chinese university has grown from 16 classes and 428 trainees at the beginning of the school to 26 professional courses, 58 courses, 164 teaching classes, 9 community associations, and more than 20,000 students. From classroom-based education, it is transformed into a comprehensive education system that integrates politics, ideology, science, knowledge, and interest.

Mr. Mao Ruifu has also offered exchange student arrangements between senior citizens from China and New Jersey. The objective of both the University and ASIB is to make senior citizens productive through networking activities, advocating that there is life after retirement.

Mao offered to the officials of ASIB to deepen their cooperation with each other by not only executing an MOU, but through a joint venture between the Parties, to promote and enhance its educational program to create livelihood programs for the senior citizens.

Shown in the picture is Deputy Mayor Ugo Nwaokoro presiding the conference with the delegates from Zhejiang Senior University and CTIP Officials.

Meanwhile, Mr. Fernando M. Sopot, President of ASIB and CTIP, in his remarks emphasized the importance of the power of mutual understanding to move to the next level, as the meeting of the minds is the source of understanding to promote each other's advocacies and strengthen its relationship and aspirations.

Jones expects that training classes for senior citizens and the exchange students as proposed by Mr. Mao shall be implemented in the next couple of months.

The Council for Trade and Investment Promotion (CTIP), is an NJ Non-Profit and Non-Government Corporation. It is an international trade and investment organization, principally focused in promoting trade and investments through Public-Private-Partnership (PPP) and the promotion of U.S. Exports. Through its training school, The American School for International Business (ASIB), it has been hosting all kinds of events since inception that relates to promoting trade and investments. It hosted Forums, Seminars, Workshops, and Training, including Conferences related to trade and investments, import-export credit, project finance, public-private-partnership (PPP), Green Technology, Fisheries Technology, Tourism and other related subjects. Website: www.ctiporg.com Contact: info@ctiporg.com 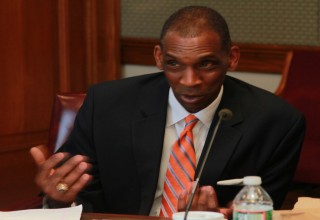 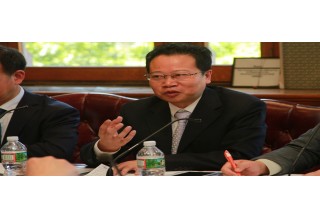 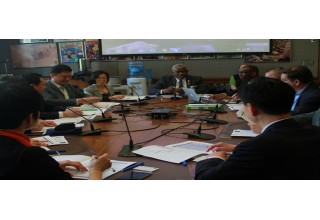 CTIP Organizes Training School for International Business
The Council for International Trade and Investments (CTIP) a non-profit organization, is in partnership with some strategic investors and formed a Training School named THE AMERICAN SCHOOL FOR INTERNATIONAL BUSINESS (ASIB), offering Continuing Professional Education (CPE) Program in such courses as "International Trade, Finance and Public-Private-Partnership (PPP)"
Council for Trade and Investment Promotion - Aug 15, 2017
Newswire