YGGDRASH, the Only Korean-Based Blockchain Project to Be Listed in 'CodeCoinCap' Top 100 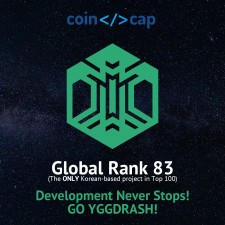 SINGAPORE, January 15, 2019 (Newswire.com) - The next generation multi-dimensional blockchain platform 'YGGDRASH' was the only Korean-based project to rank within the Top 100 on cryptocurrency ranking site 'CoinCodeCap.com' and has proven its aspect as one of the top developer-centric Korean projects.

CoinCodeCap is a cryptocurrency ranking site where it tracks the development progress of global projects by gathering the data from a famous development community 'GitHub'.

In this era of blockchain flood, CoinCodeCap provides critical information to investors globally who are considering value investing and interested in long-term investment to projects with future potentials. Considering the fact that even the Bitcoin, the world's most-traded coin on daily basis, has been ranked only 52nd place in CoinCodeCap, the significance of this website cannot be overlooked.

'YGGDRASH', a multi-dimensional blockchain platform currently under development by R2V Inc. (CEO David Seo), has proven its high development performance by being the only Korean-based global project to be ranked in 83rd place (overall), 61st place (last 12 months), and 35th place (last 6 months).

In this year, YGGDRASH plans to create synergy like never before, through collaborations with "Incubation Center" and "DEXRADE". 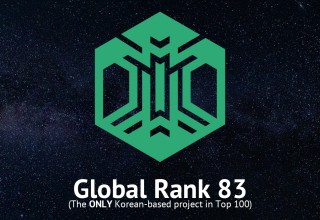 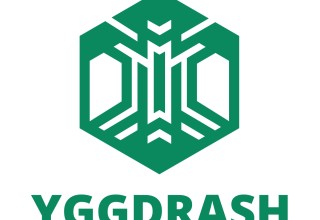