How a Texas Detective Threatened, Intimidated, and Bullied a Group of Teens into Implicating an Innocent Boy 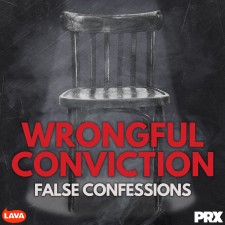 NEW YORK, April 1, 2020 (Newswire.com) - ​​​​On April 1, Wrongful Conviction: False Confessions hosts Laura Nirider and Steve Drizin explore the triumphant and heartbreaking story of Daniel Villegas, a man who endured a 25-year saga behind bars after being wrongfully convicted of murder at the age of 16 when he falsely confessed after undergoing hours of brutal and threatening police interrogation.

Caught up in a media and law enforcement firestorm surrounding the “Good Friday Shooting,” as it came to be known, Villegas became a victim of the fear that swept an entire community after the occupants of a car opened fire on four teenagers who were walking home from a party in El Paso, Texas, in April 1993. While two of the boys ran and escaped, two were shot dead. Police found no DNA or forensic evidence connecting any individual to the crime.

To solve the case, a detective with the El Paso Police Department put a host of people close to Villegas through intense and manipulative interrogations, including Villegas’ friends and his cousin. A few of the boys gave statements implicating Villegas after being subjected to interrogation techniques that included the threat of being sent to prison and sexually assaulted by other inmates.

During Villegas’ five-hour-long, middle-of-the-night interrogation, he was also threatened with beatings, sexual assault, and the death penalty. Exhausted and frightened, Villegas signed the confession typed out by the detectives – one that contained glaring differences with crime scene evidence as well as statements given by the other young men who were interrogated. Although Villegas immediately recanted his confession after the interrogator left the room, he was arrested and charged with capital murder.

During Villegas’ first trial in December 1994, his cousin and friends recanted their statements against him. A forensic psychiatrist testified that the young man had emotional problems and possible mild mental retardation, and the trial ended in a hung jury. Almost a year later, Villegas was convicted and sentenced to life in prison in a second trial. His 1997 appeal was rejected by the Eighth Court of Appeals.

Villegas finally won his freedom after being found not guilty in his third trial on October 5, 2018. Hours before the trial began, Villegas had rejected an Alford Plea deal offered to him by the El Paso County District Attorney’s Office – a deal that would have allowed him to maintain his innocence while pleading guilty in order to get time served and stay out of prison. Villegas collapsed in tears as 409th District Court Judge Sam Medrano read the not guilty verdict. ​​

The now-exonerated Villegas is relieved to be free, crediting Wrongful Conviction: False Confessions executive producer Jason Flom and his Wrongful Conviction with Jason Flom podcast series with inspiring his legal strategy and giving him the courage to risk it all by rejecting the Alford Plea. As a longtime supporter and board member of numerous respected criminal justice reform organizations, Flom has spent over 25 years seeking justice for the wrongfully convicted.

Jason Flom and Kim Kardashian West in Conversation About the Julius Jones Case on 10th Season of 'Wrongful Conviction With Jason Flom'
Guests Include Jones' Family and Current Attorney
The Press House - May 20, 2020