The national employment program teams up with Minton•Jones Company, who will provide inventory to the WWP's online office supply store. 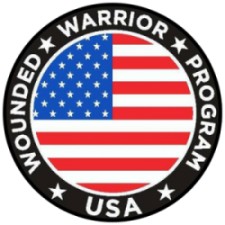 "The entire offering is open for both government and private businesses and corporations. We also sell behind the catalog by offering services to help Federal bars and companies source specialty and hard-to-find items and services."

The WWP's online store has over 150,000 items including furniture and medical, paper, technology and office supplies available for purchase to both government and private businesses. All sales made through the store provide much-needed support to the program's mission by directly benefiting those wounded warriors currently registered with the WWP.

"We knew for the battalions to be successful with transitioning these wounded warriors, we would need an organization that would employ them," said Dr. David Godbold, CEO and National Director of the Wounded Warrior Program, the first employment program for combat-injured Veterans of its kind.

In a recent report from the Department of Labor, the unemployment rate among Veterans with service-related injuries in 2016 was at 4.8%, a significant decrease from the reported 9.1% in 2010. Since its establishment 12 years prior, the Wounded Warrior Program has successfully helped over 6,000 injured Veterans secure employment in the civilian sector.

"Wounded warriors need meaningful employment," said Dr. Godbold. "They want the chance to be productive citizens by providing for their families."

In addition to their sponsorship, Minton•Jones Company is also dedicated to employing wounded warriors through the program. "We employ multiple [wounded] warriors at Womack Army Medical Center at Ft. Bragg," Jones said. "We will continue to hire more as we are able to get the program on more bases and facilities."

The Wounded Warrior Program is always seeking new employment opportunities for the men and women who served our country. To find out how you can employ wounded warriors through the WWP, please visit www.wounded-warrior-programs.com, or contact Dr. David Godbold at dgodbold@wwpus.com.

The WWP is an independent organization based on providing employment through purchases made on the Department of Defense E-MALL and its AbilityOne partners. This is not a charity - donations are not accepted.

The Wounded Warrior Program provides meaningful employment opportunities to Veterans from all U.S. military branches and the Dept. of Defense, who have sustained permanent physical injuries and/or other health issues as a result of their service.