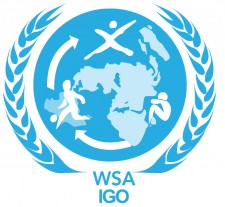 NEW YORK, January 22, 2018 (Newswire.com) - Thirty-eight delegations from African Countries were present on Jan. 15-16, 2018, in Rabat to participate at the first African Forum of School Sport. The Secretary General of the WSAIGO took advantage of this opportunity to meet with the delegations of the member states of the WSAIGO Intergovernmental Organization on the sidelines of the formal sessions of the forum organized by the Kingdom of Morocco and the International School Sport Federation. Dr. Gilles Klein, Secretary General of the World Sports Alliance Intergovernmental Organization (WSAIGO), and the Director of Cabinet of the General Secretariat of WSAIGO Mrs. Sylvie Delpech organized informal working sessions with representatives of the member states of the Intergovernmental Organization who attended the first African school sport forum.

The countries that took part in the informal working sessions with 11 delegations of member states of the WSAIGO were: Burkina Faso, Benin, Ivory Coast, Ghana, Morocco, Niger, Senegal, Togo, Tunisia, Central African Republic and Rwanda. The delegations of each of these countries were led by the Minister of Education or the Minister of Youth and Sports, their cabinet directors or directors of physical activity and sport, physical education or school sport. They discussed the 2008-2015 Millennium Development Goals period and the difficulty of concluding public-private partnerships with countries under structural adjustment agreements with the Bretton Woods framework. They presented the new financing paths of the SDG 2015-2030 period, more in line with the innovation economy.

They announced the upcoming Initial Token Offering (ITO), coinciding with the address of Mr. Asa Saint Clair, treasurer of WSAIGO at the World Economic Forum being held in Davos, Switzerland, from Jan. 23-26, 2018. At that event, WSA will be formally announcing the launch of iGObit, the official digital token of WSA, including its affiliated entities, projects and initiatives that form the WSA Ecosystem. iGObit was made for global citizens and exists to empower WSA member states through local sports projects, as well as other socio-economic development. Links to the www.igobit.com website were sent to the representatives of the participating member states so they can understand how they will benefit overall.

When asked about this historical meeting, Mr. Asa Saint Clair said, "I am so pleased to see the iGObit digital token initiative to be so well-received by the supporting member states and other affiliated delegates. The fact that we have so much support at the country level gives me hope that the project is going to be successful. At a time when certain Asian countries are moving away from digital tokens and crypto-currencies, this is the perfect opportunity for Africa, with all of its natural resources, to in some way mirror the economic prosperity of Asia."

World Sports Alliance Intergovernmental Organization was formed in 2007, as the result of a private-public multi-stakeholder partnership initiative under the auspices of the United Nations Department of Economic and Social Affairs (UN DESA). The mission of the organization is the advancement of socioeconomic mobility, health and education issues for the approximately 530 million people within WSA's 33 member states, using youth sports as a medium. WSA has contractual entitlements and government concessions on its balance sheet in excess of USD $100 billion dollars and is the fiscal sponsor of iGObit - the blockchain token designed for global citizens with financial equality in mind. World Sports Alliance operates on the Sport for Development and Peace platform and exists in furtherance of the United Nations Sustainable Development Goals. 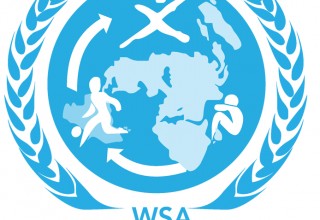 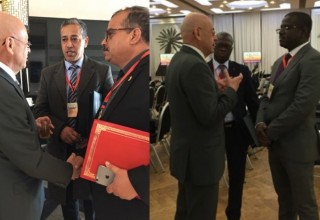