Los Angeles attorneys took to the court on Saturday for the Los Angeles Trial Lawyers' Charities 3 on 3 Basketball Tournament. 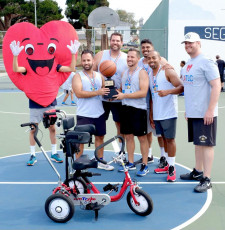 Attorneys from Los Angeles law firms including Kramer Trial Lawyers, exchanged suits and courtrooms for jerseys and hoops as they competed against one another on their way to the final. It was Ballers JHS (Law firm of Javanmardi | Holmquist & Shegerian) that took away top honors on the day by defeating CAALA NL (Consumer Attorneys Association of Los Angeles New Lawyers) in the final. They were presented with the tournament's trophy, which will be kept at their offices until next year's event. The teams were cheered on by colleagues and family, who were treated to a lunch of sandwiches prepared by Standard Station in El Segundo, and volunteer-run family-friendly activities, including face-painting and kids' arts and crafts coordinated by LATLC's Youth Ambassadors, middle and high school students who volunteer with LATLC.

"We have been absolutely thrilled with our first 3 on 3 Basketball Tournament fundraiser," says 2021 Los Angeles Trial Lawyers' Charities President and Kramer Trial Lawyers attorney, Daniel K. Kramer. "The lawyers who participated took their passion onto the basketball court and had some much-needed fun. We are very proud to have raised so much for our upcoming Great Tryke Giveaway."

All proceeds from the day will go towards Los Angeles Trial Lawyers' Charities' Great Tryke Giveaway, which is to be held on Saturday, Sept. 18, 2021 in Long Beach. The event has been an enormous success in past years, with LATLC working alongside SoCal Trykers to gift to disabled children new wheels.

LATLC is a non-profit organization initiated by plaintiff attorneys in 2006. Since then, LATLC has donated more than $4.7 million in grants and goods, and each year has volunteered thousands of hours. (http://www.latlc.org/) 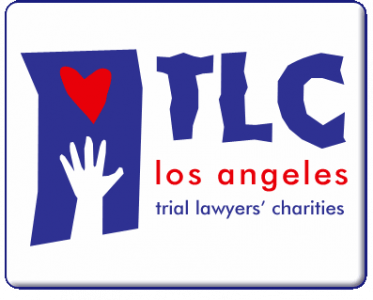