Where Are All the EB-5 Real Estate Juggernauts? CMB Regional Centers

Over the last three years, many regional centers approached the changes proposed in the new regulations as if it were the end of the world. How would they actually operate in true rural areas and in actual urban distressed areas without gerrymandering census tracts in order to qualify? 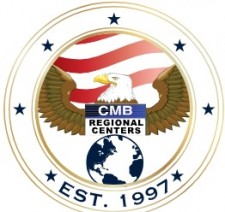 ROCK ISLAND, Ill., January 23, 2020 (Newswire.com) - Three years ago, proposed changes to the EB-5 regulations were published by the United States Citizenship and Immigration Service (USCIS) for the first time. These were major changes to the EB-5 program and the first since the implementation of regional centers in the early 1990s. These changes affect both the dollar amount required to be invested, and just as important what areas (TEA’s) qualified for the lower investment thresholds. These proposed changes were met with hundreds of comments asking for lower investment thresholds and reduced restrictions on targeted employment areas, among other suggestions. After more than two years of reviewing hundreds of comments, the USCIS (a division of the Department of Homeland Security) issued a final rule on July 24, 2019. The final rule took effect four months later, on Nov. 21, 2019 (nearly three years from the date it was first introduced). Changes were made most notably the dollar investment level was increased from $500,000 and $1 million to $900,000 and $1.8 million and the new definition of what constitutes a “TEA” was changed making it impossible to “cheat” the system and gerrymander census tracts to appear as to qualify. The above two changes were significant. However, between the originally introduced proposal and the final rule, the balance of other changes were minimal.

With a three year period to prepare for these changes, the question has to be asked: Where are all the EB-5 regional centers?  Where are all the qualified projects that are in need of EB-5 financing? Over the last three years, many regional centers approached the changes proposed in the new regulations as if it were the end of the world. How would they actually operate in true rural areas and in actual urban distressed areas without gerrymandering census tracts in order to qualify? How could they actually operate using the EB-5 program within the rules? It appears panic set in and the question then became how many projects can we get financed before the changes are implemented? How much fear can we instill in the marketplace to convince people to move forward now while the price is cheap?

It’s now past Nov. 21, 2019 and the new regulations are in place. The so-called EB-5 real estate juggernauts can’t finance projects in the “high rent districts” because now they do not qualify geographically for the lower threshold of investment (they actually never should have), and now there is no way to gerrymander the system! What’s a regional center to do?

For starters, follow the rules and actually invest the requisite amount in qualifying areas that can no longer be gerrymandered. Is the dollar amount too high? Investment visas are available in many countries throughout the world at dollar amounts both below and far exceeding the new requirements of the EB-5 program. One fact remains: the United States, in this extremely volatile world, is still the one place the whole world wants to come to. The EB-5 program has traditionally attracted many of the very best the world has to offer and the new dollar threshold should not be an impediment for future growth in EB-5. Actually, many regional centers have embraced the new regulations and may just need time to adjust.

What has the EB-5 industry done in the time since the implementation of the new EB-5 regulations? The answer appears to be not much. One group introduced a lawsuit attempting to force the government to stop implementing the new rules. The lawsuit appears to have one objective and that is keeping the status quo. The juggernauts only know how to operate by abusing the rules of the EB-5 program and fraudulently call affluent areas like lower Manhattan “high unemployment”. The fatally flawed lawsuit only serves to offer faint hope against the inevitable final rules. In the meantime, this distraction is leaving many regional centers stuck in limbo in the interim hoping against hope. Others have suggested that we can’t do anything until further guidance is given. It is our opinion proper guidance has been given: locate in a rural or true high unemployment area and the investment level is $900,000, otherwise, the investment level is $1.8 million! As described above during this same time, CMB has introduced two qualifying projects which were already on the market, and continue to qualify under the new regulations. These projects are both being developed by long-term CMB borrowers with experience in successfully meeting the requirements of EB-5, from initial petitions to permanent residency and repayment of the loan to the CMB lender.

Further, CMB is already working on two additional projects (both with experienced developers in EB-5) to introduce new investment opportunities to the market. Without going into detail on these newest opportunities, CMB is very excited to introduce each of them (once the partnership documents are truly market-ready) demonstrating CMB’s leadership in the EB-5 industry. The bottom line is CMB (and more importantly EB-5) is open for business!

As a final note, many in the EB-5 industry are working to push forward legislative reforms to the EB-5 industry. Over the last five years, numerous proposals have been introduced and none of them have been successful. It is our firm belief that any of the current proposals will have a difficult battle ahead to be introduced as legislation. CMB is not planning on the legislation failing (indeed they are constantly looking to ensure their future projects will meet any criteria that are discussed), but CMB will not wait around for legislative reform, litigation, or further clarification on the guidance given. CMB believes the guidance is clear: follow the current EB-5 regulations. CMB continues to be a leader in the marketplace, and it remains their goal to have an investment opportunity in the marketplace whenever their clients are ready to move forward.

CMB remains committed to the betterment of the EB-5 industry and the success of its clients. CMB looks forward to working with potential EB-5 investors to move forward under the newly implemented regulations.

To find out more about CMB Regional Centers and the opportunity to immigrate to the United States, visit our website at www.cmbeb5visa.com, send us an email at info@cmbeb5visa.com, or call us at +1-309-797-1550. CMB engages Prevail Capital, LLC, a broker-dealer registered with the SEC and a member of FINRA and SIPC, to be the administrative placement agent for all CMB EB-5 partnerships.

The CMB Export Regional Center (CMB) was authorized on August 15, 1997 and subsequently reaffirmed and geographically expanded April 2007, June 2010, May 2012 and July 2013. The formation of CMB (an acronym for "California Military Bases".

New EB-5 Regulations: CMB Regional Centers Details the Changes
With the new rules in place, there is a level a certainty of the requirements that must be followed, and the future of EB-5 is not the risky post-apocalyptic wasteland predicted by some prior to the new regulations.
CMB Regional Centers - Feb 3, 2020