'What the Health?': The Drug Price Dilemma 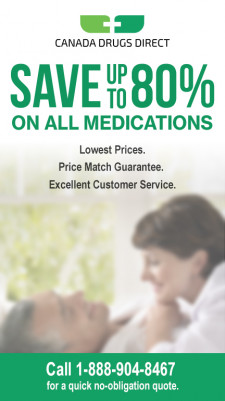 VICTORIA, British Columbia, July 29, 2021 (Newswire.com) - A Rand Corporation report from earlier this year indicates that prices paid for prescription drugs in the USA are 2.56 times higher than the average amount paid in 32 other nations around the world. These countries were chosen based on having an advanced healthcare system like America's, and citizens with similar median income levels. Many Americans struggling with increases to the cost of living also have Rx medications they need to take, but can't afford to without cutting into other necessary monthly expenses. Ordering medication online from a pharmacy like Canada Drugs Direct is an alternative.

Changes at the top with the US FDA (Food & Drug Administration) where they are more involved in regulating the pharmaceutical industry is what is needed to improve the cost people pay for prescription medication. That is because the dilemma faced by many Americans is the struggle of paying the price for filling their prescriptions. The most obvious cause for concern is when coming up short means they have less of a budget for groceries and other necessities each month. People that have difficulty affording their medication often begin to eat poorly as a result.

The problem then becomes nutritional deficiencies which cause an even worsened health of families and individuals. This may then lead higher paid healthcare costs, as a direct result. There is no better example of this than Type 2 diabetics. Type 2 diabetics are individuals that have no choice but to pay the higher cost of insulin in America and are very much at risk of health complications related to the disease that can be magnified because of a poor diet.

Among other G7 nations the UK, France, and Italy have the lowest prescription drug prices. Canada's drug prices are higher, but still considerably less than the cost for the same medications in the USA. Fortunately, ordering medication from a Canadian pharmacy is an option for continental US residents, and providing better access to affordable drugs was a laid out in the White House Executive Order aimed at addressing high drug prices in America.

That improved access has yet to be seen, and so the dilemma of figuring out ways to afford prescription medication continues for many Americans.

Canada Drugs Direct is a Canadian online pharmacy that is among those recommended for Americans that can shop at a pharmacy in Canada to save money on medications. The online pharmacy can source medications in a way that allows for the best prices on prescription drugs from Canada. All orders require a prescription and are dispensed by a licensed pharmacist, in the same way as any pharmacy in America. Pay less for Rx medication ordered online from Canada.

Canada Drugs Direct is your safe online pharmacy that will help you to find an affordable price while looking for medicine online. We are legitimate Online Canadian pharmacy serving U.S. residents.

Cheaper Drugs From Canada a Reality for US Consumers
Price Controls and Fewer Intermediaries Among Reasons Why Rx Dispensed for Less
Canada Drugs Direct - Feb 7, 2022