What the CLCID Knows about the White House's New Interior Designer 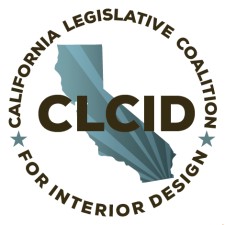 Fremont, CA, February 21, 2017 (Newswire.com) - ​​According to custom, each incoming First Family selects a designer to help them create their unique take on the White House interiors. A chance to make the White House a 'home', the task is often left to the First Lady to select the interior designer who will transform the living quarters according to the First Family's tastes.

Just last week, it was announced Californian born designer Thammanoune Si Kannalikham, also known as Tham Kannalikham would be fulfilling the coveted position of White House Interior Designer. However, relatively little is known about this enigmatic designer. With her design firm website locked to those without a personal login, a private Instagram account and no portfolio or searchable interviews detailing her design style or perspectives, Kannalikham is exceptionally private.

The Laotian-American Kannalikham started her career with Ralph Lauren Home in New York. Now she heads Kannalikham Design firm as principal designer, and is known for keeping her designs and publicly accessible information under wraps.

But what we do know is that Kannalikham has gathered a large scope of experience with a number of private clients around the world. She also has a special interest in traditional design, a focus that has culminated in a decade of extensive study in the fields of early American architecture and decorative arts.

While little is known about Kannalikham, her clients, and her past projects, her design style and ethos has been characterized as traditional, pared back and classic. Stephanie Winston Wolkoff, senior adviser to the First Lady, told WWD that the First Lady, "has a deep appreciation for the historical aspects of the White House and with Tham’s traditional design and expertise, they are focusing on a seamless integration of elegance and comfort."

Kannalikham herself remarked,  “I am honored by the opportunity to be working with the First Lady to make the White House feel like home,” in a statement released Thursday.

With Kannalikham's style and history so deeply under wraps, any idea about her vision for the White House transformation has remained a mystery. However, some have speculated on how the redesign may take shape.

Mitchell Owens of Architects Digest met Kannalikham some years ago and spoke of her charm and passion for traditional design. “Eighteenth-century buildings, interiors, and culture—French, English, American, Irish—are definitely among Kannalikham’s passions, and she’s been a regular presence at events hosted by the Institute of Classical Architecture & Art, including an eight-day ICAA tour in 2015 of great country houses in Ireland and Northern Ireland. On that trip, the designer was struck by the Greek Revival library at Seaforde, Lady Anthea Forde’s brooding, brawny 1820 stone mansion in County Down.”

However, Owens was quick to remark that Kannalikham wasn't "stuck in the past". Owens noted that her choice of mid-century modern furniture and modernist pieces indicated her appreciation of the modern as well as the traditional.

While there is still much to be revealed, it's certain that interior designers across the nation, and even around the world, will be waiting expectantly for Kannalikham's designs to be unveiled.

Our company mission is to give small business all of the same marketing advantages of a big company with a full marketing team.