OVIEDO, Fla., August 10, 2022 (Newswire.com) - Noting the acceleration of annual growth within the pet industry, The Well Groomed Franchise System (WGFS) announced today that franchise sales of its Well Groomed Pets salons are on pace to more than double earlier 2022 projections. The Company also announced today that nine new salons were recently sold in Texas and Arizona.

"Technology is one of our unique differentiators," added Lloyd. "Our goal is to be the most profitable franchise company in the pet industry. Leveraging technology is the key and we have built a solution that addresses a number of industry pain points including scalability."

The salon environments also offer the industry's highest standards for safety.  All dogs are required to have all vaccinations up to date (Rabies, Parvo, Distemper and Bordetella) and every grooming staff member must pass the American Kennel Club's Safe Certification test with a score of 90% or better.

"The growing trend of dog socialization through community dog parks introduces a growing risk of disease contagion. Well Groomed Pets sets a high bar for wellness and we want every pet parent to know that Well Groomed Pets' salons are the safest in their community," said Lloyd.

The Well Groomed Franchise System is a premium grooming and wellness retail franchise concept that employs AI and machine learning to customize pet grooming treatments for optimal results specific to a pets breed and wellness condition. A 44-point physical, physiological and behavioral wellness exam is included with every grooming session. Proprietary software is also utilized to automate much of the operational burdens associated with a traditional grooming business allowing franchise owners to scale quickly to multiple salons. The company launched its franchise system in late 2021 with its first store opening in January of 2022. By mid 2022, the Company had sold 25 franchise units in five states and is expecting to sell 40-60 by year end. The Well Groomed Franchise System is actively seeking franchisees interested in multi-store ownership opportunities. For more information, please visit www.wellgroomedpets.com.

The Well Groomed Franchise System is a technology powered pet wellness and grooming business that offers franchisees the fastest path to multi-salon ownership. 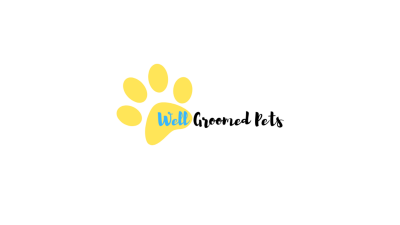