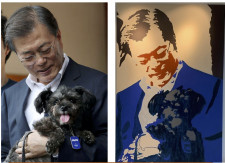 SEOUL, South Korea, November 25, 2021 (Newswire.com) - The South Korean government launched a formal discussion on the prohibition of dog meat, marking another milestone for the World Dog Alliance's global campaign against this horrific practice.

"With the sharp increase in the number of households with pets and growing public interest in animal rights and animal welfare, we are witnessing increasing calls against viewing dog meat consumption as part of an old food culture."

"We will form a joint private-government consultative body led by civilians and produce a social consensus."

The discussion came after President Moon Jae-in raised the need to "carefully look into banning dog meat consumption" in September.

The public consultation is expected to be concluded in April 2022.

South Korea has the highest population ratio of dog meat eaters in the world, with millions of dogs served at the dining table every year. The cruel practice is often criticized by the international community, tarnishing the country's image as a democratic and advanced society.

Genlin, founder of the World Dog Alliance (WDA), started his legislative crusade in South Korea in 2014.

Ahead of the 2018 Winter Olympics in PyeongChang, South Korea, the WDA launched an online petition on the UK Parliament website, urging the South Korean government to ban dog meat. The UK Parliament held a debate on this diplomatic issue to expressed its support for the WDA. Later in the same year, Lee Jae-myung, then mayor of Seongnam city and current contender for the upcoming presidential election to be held in March 2022, shut down the biggest dog meat market in South Korea, the Moran Market.

President Moon is known as a dog lover and lives with several dogs at the presidential compound. In 2018, the WDA hosted an event for the "First Dog" Tori, a black stray dog adopted by President Moon. During the event, a letter written by Genlin to President Moon was handed to his daughter.

"Dear Mr. President, if you implement a ban on dog and cat meat, it will turn a new page of history in South Korea, and will contribute to peacebuilding on the Korean Peninsula."

Genlin welcomes the move made by the South Korean government. He believes a dog meat ban in the country will serve as an example for the rest of Asia to follow.