The live finale of Season 3 of The IDEA concluded with three student team presentations to a live audience and was also broadcast on Facebook Live.

ATHENS, Ga., March 27, 2019 (Newswire.com) - The Student Chapter of the American Veterinary Medical Association Annual Symposium was held March 9-11 in the charming town of Athens, Georgia. Following a day of engaging lectures and wet labs was the third annual live finale of The IDEA, an innovation competition exclusively for veterinary students, hosted by VetPrep in partnership with Merck Animal Health. In addition, Hill’s Science Diet and the Veterinary Innovation Council from Texas A&M joined VetPrep in supporting the year-long competition.

Over 43 student teams from North America, the U.K. and New Zealand entered the competition during the 2018-2019 season. The semi-finalists worked closely with Dr. Aaron Massecar and his team from the Veterinary Innovation Council. Together, they took an entrepreneurial and innovative journey that resulted in the selection of three teams competing in the live finals held at The Foundry in Athens.

The $10,000 grand prize of The IDEA competition was presented to Texas A&M’s Stephanie Young and Brianna Boyle for their SKYPaws wireless monitoring device. Rachel Hilliard, representing the Cornell ParaSIGHT team, received the $5,000 second-place prize for their smartphone app focused on real-time parasite identification. The third prize of $2,500 went to Cornell’s Jon Lou and Kirk Bradtmiller for the BigFoot foot pump attachment for pressure bags, a cost-effective solution to surgical irrigation. The cash prizes were awarded in partnership with Merck Animal Health to assist the winning teams in funding the ongoing development of their ideas. The recording of the live finale can be viewed at https://www.vetprep.com/theidea.

VetPrep created The IDEA competition to provide the tools and exposure necessary for student veterinary innovators to bring their ideas to life. Over the past three seasons, the competition has inspired veterinary students and veterinarians alike to achieve things they otherwise would have never attempted. “We created The IDEA to support young veterinary entrepreneurs because we started our company when we were veterinary students and our business allows us to interact with veterinary students frequently,” says Dr. Ira Gordon, a co-founder of VetPrep. “Students have so many great ideas but oftentimes lack the confidence, resources and mentorship they need to turn their ideas into reality. The IDEA can help with all three. It is an opportunity for us to provide the type of assistance we wish was available to us back when we were students.”

Stay tuned for exciting new developments in Season 4 of The IDEA. 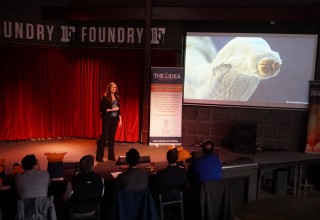 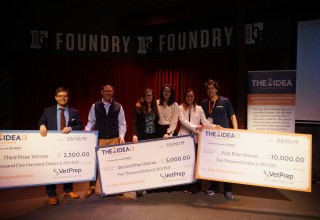 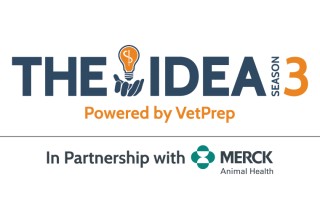 For over 10 years, XPrep Learning Solutions has served students worldwide as one of the most respected leaders in the online test preparation space delivering comprehensive online professional board preparation solutions.

The IDEA by VetPrep Partners With Merck Animal Health for Season 3 of the Veterinary Student Innovation Competition
Veterinary students have until July 1, 2018 to submit their preliminary ideas
XPrep Learning Solutions, Inc - Jun 13, 2018

"The Idea" by VetPrep is an Innovation Competition Giving Veterinary Students a Chance to Win $17,500
Season 3 Ideas Can be Submitted Until July 1st
XPrep Learning Solutions, Inc - May 24, 2018
Newswire