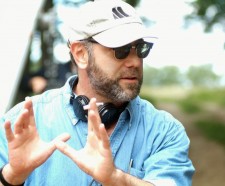 The event will open with remarks from Becker about the making of this full-length feature film and a brief Q&A. Register before May 15 to get a free ticket. http://bit.ly/MNNScreenMA. The price is $6 at the door.

Panoramic Pictures is an established full production studio in Oakland County and Becker has three other films in production. Becker, who grew up with the likes of Sam Rami and Bruce Campbell, is no stranger to feature films. Josh Becker has written and directed five independent feature films: "Thou Shall Not Kill … Except"; "Lunatics: A Love Story"; "Running Time"; "If I Had a Hammer"; and, most recently, "Morning, Noon & Night."

Becker’s recent release "Morning, Noon & Night” explores a day in the life of six people battling different addictions. The characters feel all too familiar as they could be your neighbor, your family or even yourself. The film functions as a mirror as it examines three college students, a history teacher, a lawyer and a top executive as they struggle to make it through a single day.

“This film gave me the opportunity to produce a great film on a low budget,” states Becker. “Detroit is a goldmine for filmmakers due to its immense talent pool. We produced 'Morning, Noon & Night' for under $100,000. It was our test run. Now, we have three new features currently in production and we plan on producing more.” Panoramic Pictures will be releasing its next full-length feature film “Warpath” later this summer.

Josh Becker has written and directed five independent feature films: "Thou Shall Not Kill … Except"; "Lunatics: A Love Story"; "Running Time"; "If I Had a Hammer"; and, most recently, "Morning, Noon & Night." He has also directed nine episodes of "Xena: Warrior Princess," as well as the pilot TV movie for the series "Hercules: The Legendary Journeys." Becker’s television movie "Alien Apocalypse" (2005), which he both wrote and directed, was SyFy Network’s highest-rated original movie ever. Becker’s "Stan Lee’s Harpies" premiered on the SyFy Network in 2007.

Becker has also written three published books. His first book "The Complete Guide to Low-Budget Feature Filmmaking" was published in 2006 and is now in its second edition. His second book "Rushes: Essays on Film" was published in 2007, followed by "Going Hollywood" which was released in 2009. Becker is a native Detroiter and has attempted to mentor aspiring young filmmakers through his website Beckerfilms.com for over 20 years.

Tickets are available through Evite - http://bit.ly/MNNScreenMA - or at the Landmark Main Art Theatre’s box office. Media passes are available. 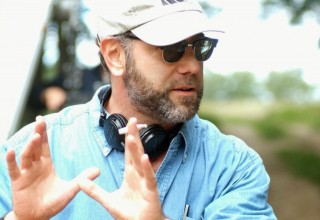 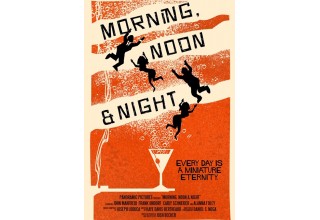