Daniel Manning, USPA's CEO, announced on Thursday that he has appointed Brian Fitzgibbons as Vice President of the International Security Firm 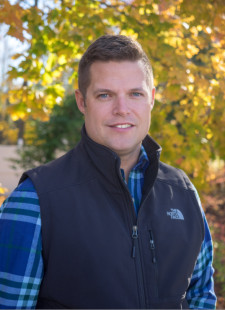 NEW YORK, July 28, 2022 (Newswire.com) - USPA Nationwide Security announced that Brian Fitzgibbons has joined the company as Vice President. Fitzgibbons is a seasoned professional with a proven background in sales, operations, and logistics. Fitzgibbons is a graduate of Bowdoin College and a Marine Corps veteran (Iraq). Recently, he has worked to evacuate U.S. allies from Afghanistan with Project Exodus Relief and was instrumental in the widely covered Kingsman Philanthropic 2022 rescue missions of women and children in Ukraine.

Serving clients on six continents, USPA's physical security division, headquartered in Manhattan, is a leading provider of close protection officers, security guards and other niche protective services. In his role, Fitzgibbons will report directly to Dan Manning, USPA, CEO. He will be responsible for driving the expansion of USPA's services across the country. Additionally, he will manage and grow USPA's existing U.S.-based partnerships.

"Our first order of business will be supporting our current partners with twenty-first-century innovation coupled with old-fashioned-style customer service," says Dan Manning, CEO. "Attending to our local operations here in the United States is fundamental in strengthening our position as the fastest growing security company in the U.S. With a proven track record of managing, supporting, and coordinating multi-national, high-risk operations across the globe, including Ukraine, Afghanistan, and Iraq, Fitzgibbons is well-qualified to lead this initiative for USPA."

The addition of Fitzgibbons to USPA came naturally after he worked with Dan Manning on projects for Kingsman Philanthropic. "Over the past year, I have worked closely with Dan and Mike - most recently assisting in complex evacuations from Ukraine after the Russian invasion in February. To transition to a full-time role with USPA is truly a great honor. I am excited to be on this team full-time and grow our company's footprint under Dan's leadership and vision," Fitzgibbons said.

Founded in 2005, USPA Nationwide Security is a global leader and provider of protective services. Assisting clients on six continents, USPA is led by Daniel Manning, who assumed the position of CEO in 2021 after the retirement of Michael Evans, the founder of the firm. USPA operates a protective division, an investigative section, and a fire protection unit in 50 states.

USPA has a nonprofit wing, Kingsman Philanthropic Corp., a registered 501c3 organization, which performs rescues of trafficked women, investigates and locates missing children, and performs witness protection and relocation of women in grave circumstances among other services offered at no cost to women since 2005. Kingsman has been featured in Forbes Magazine, Yahoo News, and NBC among other media outlets.