Neutrino energy and automation pave the way to a Golden Age

BERLIN, October 1, 2019 (Newswire.com) - Throughout human history, new technologies have always displaced existing jobs. As you travel across planet Earth in the 21st century, you'll find that there are hardly any hunter-gatherers left. Instead, you'll find plenty of teachers, doctors, lawyers, and, yes, truck drivers. Like many other professionals, however, truck drivers across the world are under attack by the steady march of automation.

Behind the AI wheel - Human beings treated like machines

According to a recent ILR Review study, truckers aren't as endangered as we thought. It turns out that truck drivers perform a lot of essential duties aside from driving, fully-automated heavy trucks won't be developed for decades, and there are fewer truck drivers than most people believe.

At the same time, truck drivers are currently paid based on their market value. For every duty you take away from a truck driver, that truck driver's market value decreases. A truck driver who is currently paid $70,000 per year, for instance, might be paid $40,000 in 2025 to do fulfill a significantly diminished job description. It's possible that automation will create lucrative new duties for truck drivers, but no matter how you look at it, the driver is being squeezed out of the equation bit by bit.

For these reasons and more, Democrat presidential candidate Andrew Yang is vowing to save truck drivers from extinction. Yang, however, is doing so poorly in the polls that he has almost zero chance of securing his party's nomination. No other prominent political figures are taking automation seriously, which is starting to worry their constituents.

Quality of life for truck drivers aside, going green in the trucking industry is harder than it seems. The overall goal of automation is to increase efficiency and reduce the load on human workers, but as long as major trucking companies continue to use fossil fuels to power their fleets, the fact that trucks are gradually becoming more self-driving won't mean much.

In addition to freeing drivers from their time spent behind the wheel, it's necessary to free trucks from their dependency on inefficient power sources and frequent refueling. As part of this state's sweeping green energy initiative, California has contracted Toyota and Kenworth to make a fleet of hydrogen-powered heavy trucks.

However, the range on these trucks is so short that they can only serve the greater Los Angeles area. California's fledgling hydrogen refueling network is too limited to support hydrogen-powered trucking anywhere outside LA. Lithium-ion batteries don't have the capacity to pull heavy trucks up mountains at this point, which means that there's a need for a new energy technology to fill in the gap.

Combined with automation, clean energy would give birth to an age of driverless trucks ceaselessly crisscrossing the country. With no need to refuel or carry a physical driver, these trucks would never have to stop carrying our goods to their end destinations. Periodic maintenance would be necessary until the development of self-repairing nanotechnology, but all other operations, such as securing cargo and performing inspections, could be done remotely with AI cameras and truck-borne drones.

Neutrino energy and automation pave the way to a Golden Age

We have a long way to go before we get there, however. While some of the trucks you see on the road are already equipped with self-driving systems, they need to be constantly monitored by in-cab drivers, so they aren't all that different from conventional trucks. In the next few years, we'll start to see fully self-driving trucks, but human operators will still be needed for the next few decades at least.

Little by little, however, neutrino energy will start creeping its way into heavy trucks all over the world. At first, it will arrive in the form of tiny devices powering the electronic devices that truck operators bring onboard. From there, computer systems in trucks will start being powered with neutrinos, and next, every heavy truck in the world will be equipped with a high-output Neutrino Energy Cube that constantly feeds the engine with electrical power.

While the concept of generating electrical energy from the steady passage of neutrinos through everything we see might seem fantastic at best, it's a fact that scientists have already succeeded in transforming kinetic energy captured from neutrinos into electricity. In 2015, Japanese and Canadian scientists simultaneously discovered that it was theoretically possible to derive usable energy from passing neutrinos, and in four short years, this discovery has already led to operable neutrinovoltaic technologies.

Over the next few years, it will become more and more common to see neutrinovoltaic technology in various sectors of consumer and industrial life. At this stage, neutrino energy devices aren't capable of producing usable levels of electricity, but within a few short years, smartphones, laptops, and other electronic devices will be powered by nothing more than the steady stream of neutrinos bombarding our planet. As neutrinovoltaic technology becomes more efficient, this clean energy source will expand to provide for even more of the world's ever-increasing power needs.

The latest from the Neutrino Energy Group

Across the Atlantic, American and German collaborators continue to unlock the secrets of neutrino science and devise the next generation of consumer-level neutrinovoltaic technology. CEO Holger Schubart had the vision to pursue what many thought to be a mad dream, and now, the Neutrino Energy Group is poised to entirely reshape the geopolitical landscape and usher in a new age of clean energy for everyone. We've only just begun learning about the incredible potential of neutrinos, and if we follow this dream, we'll find our way to the stars faster than you'd think. 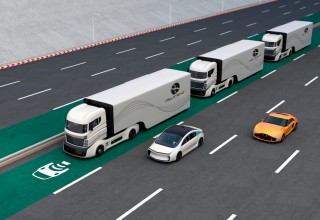