World-Renowned Medium and Pacifist, Divaldo Franco, to Deliver Message of Peace and Unity in Miami Beach Next Month 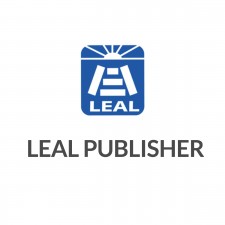 MIAMI BEACH, Fla., February 19, 2019 (Newswire.com) - Leal Publisher — publisher of world-renowned author and Spiritist, Divaldo Franco — announces that Mr. Franco will be in the USA next month, delivering a message of peace at the "PEACE AND YOU MOVEMENT”.

This event, which was established 21 years in Brazil ago and has become an international movement, will take place on March 26, 6:00 p.m. in Miami Beach at the North Beach Bandshell (7275 Collins Avenue, Miami Beach). Divaldo Franco travels the world, delivering a message of peace and solidarity, and this year he starts in San Francisco, Los Angeles, San Diego, Boston and New Jersey.

Divaldo Pereira Franco, at the ripe age of 91, is a Brazilian professor, medium, philanthropist and spiritist. Known as a true "apostle of Spiritism", with more than fifty years devoted to mediumship and charity, and more than sixty years as an important spiritist speaker, Divaldo has dedicated his life to the spiritist cause and the institution Mansão do Caminho (founded by the medium and his friend Nilson de Souza Pereira), in one of the poorest neighborhoods in Salvador (Bahia, Brazil) where he helps about 6,000 people daily. He has also adopted over 600 children, all of them registered as his own.

The titles channeled by the medium, (today, over 260) distributed by Leal Publisher, have sold more than ten million copies worldwide, some of which have been translated into 16 different languages. All sales of these titles are donated to the philanthropic institution founded by the medium and his friend Nilson de Souza Pereira. Divaldo is better known as a true missionary of Spiritism, delivering workshops and public lectures abroad, encouraging men and women to become living messages of ethical examples in our world. Represented as a pilgrim or the "Paul of Tarsus of Spiritism," Divaldo has already toured more than 50 countries spreading this body of knowledge in widely publicized lectures.

For more information about Divaldo Franco and his works, visit www.lealpublisher.com.

#Helpmeinternet - a Campaign to Help People Defend From Online Trolls.
When a person creates an anonymous account to cyberbully, it is necessary to make a complaint against the account, and call on friends to help boost the complaint which is an embarrassing process. The legal measures are slow and it can take weeks for the social network to withdraw a harassment account.
Ybus LLC FL - Jun 25, 2018
Newswire