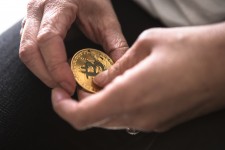 GEORGE TOWN, Grand Cayman, May 26, 2020 (Newswire.com) - For many years, while much of the world took a different stance on the revolutionary fundraising mechanism that is tokenization, many of the lead regulators in the United States maintained that there was no such thing as a utility token and that all tokens were securities. While the Levolution platform will revolutionize token offerings for companies located and transacting business outside of the United States, the team remained hopeful that American companies would be able to harness the platform’s ingenuity in the future.

Finally, in 2019 the United States Securities and Exchange Commission (the “SEC”) issued two responses not recommending enforcement action to the Commission. At last, it seemed as if the United States would align its view with both logic and international consensus. However, a new Miami, Florida-based project seeking, but unable, to utilize the Levolution platform for altruistic purposes has brought to light how impractical the regulatory framework and process remains.

While the team thought that a clear utility was present in line with the SEC’s no action recommendations, as did external lawyers with which the team consulted, everyone agreed that a letter to the SEC and a legal opinion was prudent. First, time was of the essence given the project’s nature, so a missed opportunity arose due to the timing inherent in the legal obstacles even though the technology was developed. Next, outside counsel estimated a legal budget as much as $50,000.00 due to the uncertainty inherent in the regulation; a number that ultimately made this project infeasible due to budget constraints.

The Rescue Token project hopes to repurpose the technology they developed, but which can not yet be used. They, along with Levolution, hope that this missed opportunity will shed light on this issue and spur the development of a clearer American regulatory framework so that companies in the United States can offer true utility tokens without having to incur unnecessarily burdensome legal fees for work bearing uncertain probabilities of success.

Entrepreneurs Now Have the Ability to Raise a Significant Amount of Capital Easier Than Ever Before
Today Levolution Takes a Momentous Step with the Launch of the Alpha Version of its MVP
LEVL Token LLC - Oct 20, 2020