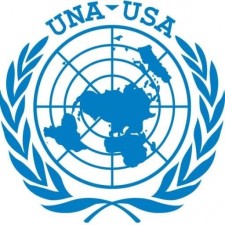 Austin, Texas, October 11, 2016 (Newswire.com) - The Austin Chapter of the United Nations Association-USA (UNA-USA) is pleased to announce its upcoming 71st anniversary dinner to be held on October 13, 2016, in Austin. The dinner is an annual event used by the organization both as an outreach and a way to recognize the efforts of everyone who worked so hard over the last year to fulfill the mission of UNA-USA. The theme for this year's dinner is 'Adopt a Future'.

Ambassador Robert Hutchings, former Chair of the NIC (U.S. National Intelligence Council) will be conferred with the Humanitarian Award by the UNA USA-Austin Chapter. Ambassador Hutchings is the Walt and Elspeth Rostow Chair in National Security and Professor of Public Affairs at the Lyndon B. Johnson School of Public Affairs at the University of Texas at Austin, and served as Dean of the LBJ School from 2010 to 2015. He served earlier in his career as deputy director of Radio Free Europe and on the faculty of the University of Virginia, and held adjunct appointments at the Johns Hopkins University School of Advanced International Studies and Georgetown University’s School of Foreign Service.  He is the author of 4 books on American diplomacy and U.S foreign relations. Additionally, he is the recipient of the National Intelligence Medal and the U.S. State Department Superior Honor Award, he was also awarded the Order of Merit (with Commander's Cross) of the Republic of Poland for his contributions to Polish freedom. He is a graduate of the United States Naval Academy and received his Ph.D. from the University of Virginia.

Robert Campbell of the East West Institute will be the featured speaker on the evening. Guests will also be treated to a flamenco guitar performance from Jonathan Sauceda.

Mr. Campbell is founder and CEO of Campbell Global Services LLC, a board member of the East West Institute, and former Vice Chairman and U.S. State Government Leader at Deloitte LLP. His address should be extremely poignant to the mission of UNA-USA and the excellent work they do in the United States.

Anyone wishing to attend the annual dinner can purchase tickets directly from UNA-USA's Austin chapter by visiting their online events page at www.unaaustin.org/events/.

Prices are as follows:

The Austin UNA-USA annual dinner will be held at the Oasis Restaurant, 6550 Comanche Trail in Austin. Doors open at 6:30 PM with dinner served at 7 PM. The event concludes at 9 PM. For more information about the event, contact Judy Sadegh at jsadegh@yahoo.com, or call her at 512-496-5771.

UNA-USA is a nationwide network of local chapters whose primary mission is to support the United Nations through advocacy, education, local leadership, mobilization and fundraising. Local chapters like the one found in Austin provide leadership for the local effort necessary to mobilize volunteers in pursuit of fulfilling local and regional goals. The nationwide organization was founded in 1964 through a merger between the American Association for the United Nations and the U.S. Committee for the United Nations. Please reference the contact details below for more information about UNA-USA's Austin chapter or the nationwide organization in general.