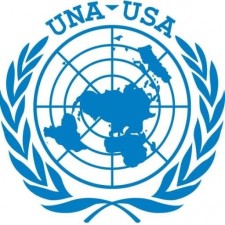 Austin, Texas, June 13, 2017 (Newswire.com) - The Austin chapter of UNA-USA has announced plans to send a local delegation to attend the national organization's annual Leadership Summit in Washington, D.C. The summit is scheduled for June 11-13. This year's theme is 'No Retreat from Global Leadership.'

The Austin delegation consists of chapter president Felora Derakhshani and vice president Adrienne Carter. Both Derakhshani and Carter have extensive experience with the United Nations Association and other nonprofit organizations devoted to social justice. The pair look forward to both the experience and training they hope to receive at the National Leadership Summit.

Derakhshani and Carter will join more than 300 Americans on Capitol Hill to collectively urge Congress to support full U.S. funding for the United Nations. The gathering at Capitol Hill will close out two days of training to mobilize delegates for supporting the vital work of the UN.

In an official media release detailing the 2017 Summit, the UNA-USA stated:

"With the future of America's international engagement in the spotlight, the UNA-USA advocacy event comes at a pivotal moment for the U.S.-UN relationship. During face-to-face meetings with Members of Congress and their staff, UNA-USA advocates will collectively call for full U.S. funding for UN regular budget and peacekeeping dues in the Fiscal Year 2018 budget.

U.S. support and funding for the UN are under threat both on Capitol Hill and at the White House. While political leaders may be in disaccord, research shows that American voters registered in both major parties agree that sustained U.S. leadership at the UN is vital. A nationwide poll released earlier this year by the Better World Campaign found that a vast majority of Americans — 88 percent — believe it is important for the U.S. to continue its active role at the UN. Further, 67 percent support the U.S. paying its dues to the UN on time and in full."

The convening of the delegates, including Derakhshani and Carter, demonstrates their commitment to furthering the mission of the United Nations through the efforts in support of UNA-USA. The Austin delegates are looking forward to this historic event and the implications it has on the future of UN funding.

The United Nations Association of the United States of America (UNA-USA) is a 50-state grassroots organization dedicated to inform, inspire and mobilize the American people to support the ideals and vital work of the United Nations. For more than 70 years, UNA-USA has worked to accomplish its mission through its national network of chapters, youth engagement, advocacy efforts, education programs, and public events. UNA-USA is a program of the United Nations Foundation.