Approximately half of Americans worry about lead, PFAS, microplastics and other contaminants in water supply 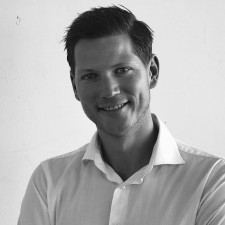 The Bluewater survey also reveals more Americans are taking action to improve their water supply quality. Nearly 60 percent of respondents reported they are taking some kind of action to control what’s in their drinking water--ranging from drinking store-bought bottled water to using a purification system or water delivery service.

In January 2018, Bluewater published its first water habits survey that revealed 33 percent of Americans drank more than five plastic water bottles per week. One year later, that statistic dropped to 22 percent, suggesting that Americans are weaning off single-use plastic bottled water amidst growing awareness of plastic pollution and its threat to human and environmental health.

“The ‘easy’ conveniences society afford us are polluting our bodies and our planet,” Jacobson continued. “Bluewater’s work around the globe and this survey show that individuals are searching for more sustainable, clean water pure water solutions. What will it take for the world’s governments, corporations, and communities to do more collectively to stem the plastic waste stream and guarantee clean water for citizens?”

-       24 percent of respondents are concerned lead, and toxic metals are in their drinking water

-       11 percent of respondents are concerned PFAS contaminate their drinking water

Despite the growing tide against single-use plastics, plastic bottled water dependency is still a major concern. The Bluewater survey found more than one-quarter of respondents (26 percent) look to bottled water as a method to control the quality of their water supply.

But in addition to generating plastic waste, this dependency has unknown consequences. Last year, Orb Media released a study that found 93 percent of plastic water bottles contained “plastic debris including polypropylene, nylon and polyethylene terephthalate (PET).” Research on the long-term health effects of consuming such debris is nascent but linked to hormonal changes and cancer.