Bluewater describes new study from Denmark's Aarhus University showing nitrate in drinking water can bring an increased risk of colon and rectal cancer even at levels below current drinking water standards as alarming.

STOCKHOLM, October 19, 2018 (Newswire.com) - Bluewater, a world leader in innovative water purification technologies and solutions, describes as ‘alarming’ new findings by scientists at Aarhus University that link nitrates in drinking water to an increased risk of colon and rectal cancer. The study, published in the International Journal of Cancer, followed 2.7 million Danes between 1978 to 2011 and was based on an analysis of over 200,000 drinking water samples taken mostly from private drinking wells.

“The study underlines fears among the general public about drinking water contamination are not unfounded,” says Anders Jacobson, President of Bluewater. Surveys by Bluewater in the USA, UK and Sweden last year revealed widespread fear among consumers about the quality of the water they were imbibing with 56 percent of Americans, 49 percent of Brits and a third of all adult Swedes believing toxins pollute their drinking water.

The Danish research team said their study supported the findings of several international studies indicating drinking water standards on nitrate levels should be lowered to protect against chronic health illnesses as well as acute diseases such as Blue Baby Syndrome, caused when large amounts of nitrates in water are converted to nitrite by the digestive system in an infant. Research has shown nitrate in groundwater and drinking water mainly comes from agricultural fertilisers.

Lead researcher Jorg Schullehner, Ph.D. from the Department of Public Health at Aarhus University, noted that while WHO recommendations have put the standard level of nitrates at 50 mg per litre of water, the increased risk of cancer could already be seen at concentrations higher than approximately 4 mg nitrate per liter of water.

“While the study found the highest nitrate concentrations were mostly in small private water supplies, science shows our water supply contains a host of other nasty carcinogens like lead, pharmaceutical residue and micro-plastic particles. This, in turn, has normalized the use of single-use plastic bottled water, which has led to a massive waste stream polluting our oceans, lakes and rivers,” said Anders Jacobson. 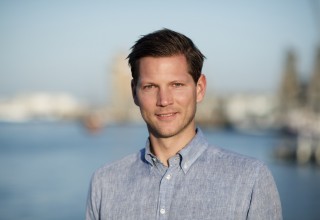 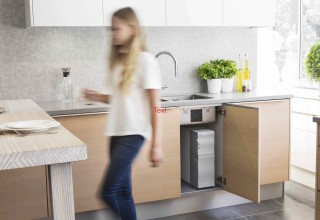