HONOLULU, November 11, 2017 (Newswire.com) - Congresswoman Tulsi Gabbard (HI-02) led efforts in the U.S. House to support veterans this week, including passing legislation to reform veterans' mental health care (HR 918), urging Congress to pass the Deborah Sampson Act (HR 2452), a bill she cosponsored to improve access and quality of care at the VA for female veterans, and introducing legislation to rehabilitate the nation's World War I memorials (HR 4328). Today, Rep. Tulsi Gabbard released the following statement and video message to honor the nation’s heroes this Veterans Day weekend by sharing their stories of service and sacrifice:

“Veterans Day is special to me. It’s a day when I often get to spend time with fellow veterans from many different generations, share stories, and remember our brothers and sisters who never made that long trip home. We will never forget.

Veterans Day is special to me. It's a day when I often get to spend time with fellow veterans from many different generations, share stories, and remember our brothers and sisters who never made that long trip home. We will never forget.

“Senator Mazie Hirono and I worked together for years on legislation that finally awards the well-deserved Congressional Gold Medal to WWII Filipino veterans — legislation that Barack Obama signed into law as one of his final acts as president. Last month, Mazie and I welcomed many of these veterans to the U.S. Capitol, where we presented this long-overdue recognition to heroes like Sixto Tabay, the last living WWII Filipino veteran on Kauaʻi, and around 200,000 others who served.

“Recently, I hosted a screening of the film ‘Go for Broke: Origins’ at the U.S. Capitol in honor of the 100th Infantry Battalion / 442nd Regimental Combat Team, units created in the aftermath of the attack on Pearl Harbor, which were made up of young Japanese-American men who volunteered to serve in the U.S. Army, despite facing bigotry and prejudice as their families and loved ones were thrown into internment camps. Our late Senator Daniel Inouye is featured in the film as a young man who volunteered to fight for freedom alongside thousands of others. Through their courage, valor, and sacrifice, the 442nd became the most highly decorated unit in Army history.

“I could share so many stories of the courage and sacrifice displayed by the men and women that I had the privilege of serving with during my deployments to the Middle East. People of all walks of life — different religions, races, political ideologies, and more — all setting aside differences and coming together with one common goal: service to our country.

“It is this selflessness by our nation’s veterans that should inspire us all this Veterans Day — and every day. They have shown us through their example and their lives what ‘service and sacrifice’ really means, and how we can all find ways to set aside our own differences, respect and treat each other with aloha, and work together for the good of our communities, our country, and humanity. Today, let us reflect on how we can honor our nation’s veterans by living aloha and being of service in our own lives.”

Rep. Tulsi Gabbard is a Major in the Hawaiʻi Army National Guard and has served on two Middle East deployments. She has served as the U.S. Representative for Hawaii’s Second Congressional District since 2013 and is a member of the House Armed Services Committee and the House Foreign Affairs Committee. 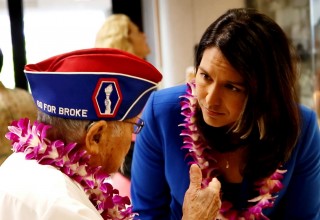 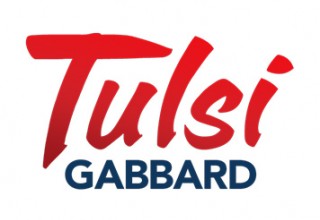