On March 28, Microsoft released another Preview Update. This latest version contains cumulative updates which when applied may create compatibility issues with other applications. Fortunately, TSplus has developed a technology that enables Remote Access to detect and prevent potential incompatibilities with the most recent Microsoft Updates. 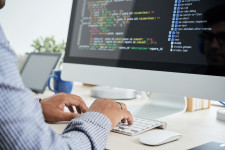 Preview updates, generally released towards the end of the month, are slightly more unstable and less predictable than the regular ones, as they are basically beta versions. Only advanced administrators should try applying them. It's generally best to wait until the regular Microsoft Patch Tuesday which contains the code of cumulative past updates.

To stay aligned and run properly despite these new preview updates, TSplus has developed its own detection system.

It now includes a Preview Microsoft Update feature. This technology can immediately detect incompatibilities with any new Microsoft update.

How Does It Work?

The feature is designed to run automatically in the background when the AdminTool is launched. It checks to see if the most recently installed Microsoft Preview update has the potential to trigger bugs that could prevent Remote Access from behaving normally. The administrator is directly informed of this audit with a pop-up message. Meanwhile, the TSplus Development Team is also notified if the audit finds new potential incompatibilities. This enables the developers to be proactive in their work - addressing potential problems before they become actual problems.

Once a potential incompatibility has been detected, the AdminTool displays a list of suggestions with a path to the Microsoft updates to deactivate to prevent the software from malfunctioning.

This process ensures that Remote Access works at its best on the most up-to-date Windows system.

In the same spirit, all TSplus software is constantly updated. Even add-ons and integrated tools are updated regularly to maintain a high level of efficiency and security.

To know more, the changelog for Remote Access can be checked online. The latest version can also be downloaded for free as a 15-day trial.

2023 Cyberthreats Threads: The Advanced Security Response
TSplus has just released an updated version of Advanced Security, the all-in-one cybersecurity program for remote desktop installations. It is the opportunity to remind users how the software can protect them against growing cyberthreats.
TSplus - Jan 27, 2023

TSplus Announces Remote Support V3.3 With Session Recording
TSplus has just released a new version of Remote Support, their screen sharing and remote desktop control software for Windows. This update includes a number of major enhancements and additional features, such as remote support session recording and screenshots. Read on to know more about these changes.
TSplus - Jan 12, 2023

Post Covid-Crisis, TSplus Still Provides Remote Work Alternative Solutions
In the context of the pandemic which has strongly affected the business world over the past three years, many organizations had to look for solutions that enabled home working. Although the covid-19 crisis is coming to an end in most regions, this work trend hasn't slowed down. TSplus was one of the first to provide remote work alternative solutions and, today, still is.
TSplus - Dec 22, 2022