True Love Exists in Jaime Zevallos' 'Me, You and Five Bucks' 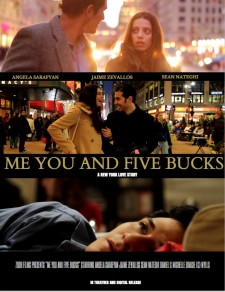 LOS ANGELES, Calif., January 4, 2018 (Newswire.com) - Jaime Zevallos is an inspirational personality who is dedicated to his craft. His latest offering, the acclaimed "Me, You and Five Bucks" only confirms this view and the world is his oyster.

With the release of "Me, You and Five Bucks", Zevallos has proven that true love has no boundaries and if this film doesn’t make you believe in it then nothing will.

Initially released July 7, 2016, the film grabbed the attention of the public because of the realistic story-line creating a huge impact among audiences and pundits alike. This is a film that stays with you well after the final credits have rolled. Zevallos artfully weaves a film filled with emotion and power forcing us all to confront the eternal questions about life and love.

“Great films can also leave you with a sense of hope,” said Jaime.

“It is not always about the action and the drama that we love to watch.

“There should a lesson, a hope or something inspirational at the end of every movie that should inspire you to do something great with your own life.”

Zevallos says that he personally enjoys the movies that come with a director’s touch. He knows that great acting is very important to make a film successful but at the same time hard work done by the director should be represented in the movie. Movies by Spielberg have a special appeal to him and that is one of the biggest reasons that today he’s also one of the best up-and-coming emerging directors everyone is talking about.

Sharing a few stories from his youth he said that “During my youth movies were and still are a great escape to the unknown.”

“Me, You and Five Bucks” is a concept that Jaime Zevallos conceived by working at different bars across the U.S. He saw how several youngsters had to deal with the consequences of heartbreak and so he turned their pain into a screenplay to show that there is a silver lining for everyone. All we have to do is capture it at the right time.

While the script underwent numerous rewrites, it is the location and ensemble cast that really give the film its pulse. Filmed in Manhattan and NYC, the eastern mecca was the ideal location for such a setting but it is the performances of the stellar cast that really stand out.

“My cast was remarkable and hard working,” said Zevallos.

“My production partner Sean Nateghi was also among the star cast of the movie but it was the female cast members such as Angela Sarafyan from HBO's Westworld and the Twilight series that definitely took the low-budget film to the next level.

“What inspired everyone on the set about her was that she really understood the role and knew what is required to bring her character to life. It felt like the role was specially written for her,” Jaime said.

“Michelle Gracie can never be forgotten because she had such a great comedic understanding of her role. They (Sarafyan and Gracie) had the talent you can never learn from schools,” he said.

“It was an amazing experience to be a part of.”

It would not be too presumptuous to say that Jaime Zellavos is the future of the film industry as many have already stated as much. He has the skills, inspiration, and dedication to bring something unique and interesting to the theaters.

“The universe is always watching,” he said.

If it is, it’s smiling at one very precious talent. 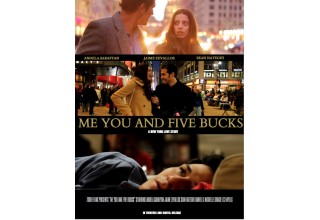 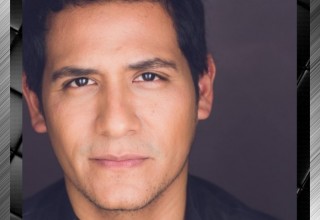 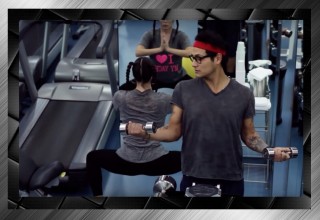 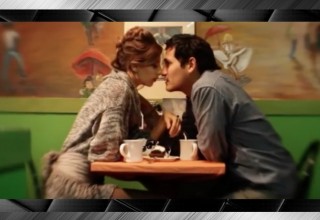