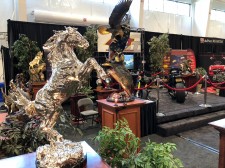 As stated on the Barrett-Jackson website homepage, “Barrett-Jackson produces The World’s Greatest Collector Car Auctions® in Scottsdale, Arizona; Palm Beach, Florida; Mohegan Sun in Connecticut and Las Vegas, Nevada. In addition to the millions watching the event via live worldwide television coverage on Discover channel and Velocity, over 500,000 people are in attendance at all four auctions, looking to witness auction action at its best, capture the car of their dreams, learn more about collector cars through 'Behind the Hobby' symposiums, mingle with celebrities, experience heart-stopping thrill rides in the latest vehicles from America’s top automakers – or shop in the vast Exhibitor Marketplace.”

Why not bring the most amazing motorcycles in the world to show with our finest bronze and silver sculptures?

Treasure Investments Corporation (TIC) partners with Marine Turbine Technologies (MTT) and Ted McIntyre to display both an incredible fine art collection and the world’s fastest production jet-powered motorcycles. “I met Ted, a true engineering genius, almost 20 years ago when I purchased my first jet-powered motorcycle, right after Jay Leno bought his. I visited the Barrett-Jackson event in Scottsdale last year and witnessed exhibits that were amazing and an audience that spent several-hundred-million dollars on cars in just a few days. At that moment, I knew we had to get a booth at this amazing event, but not just with fine art; we needed to bring something automotive-based. So I thought - why not bring the most amazing motorcycles in the world to show with our finest bronze and silver sculptures? I wanted to bring the two together and not only did we do it, but dozens of people said we had the best booth at the show. Our booth overflowed with attendees; we couldn’t speak to everyone. Our team was positively overwhelmed,” says Mark Russo, CEO of TIC.

Barrett-Jackson was an incredible success for TIC. The company learned a lot from the show and identified new market opportunities. TIC is preparing to be a major exhibitor at the big Barrett-Jackson event in Scottsdale, Arizona, early next year. 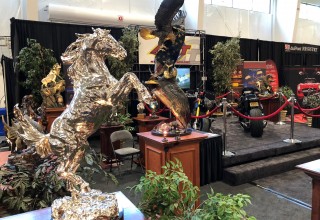 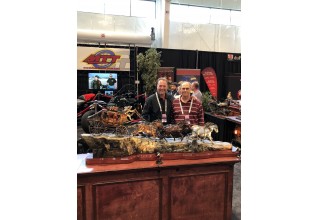 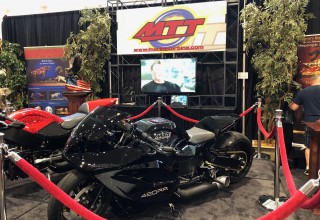 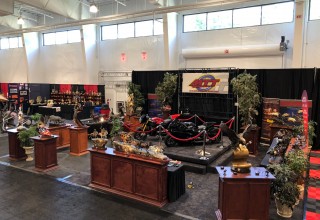