Tow Times received hundreds of entries from around the country and Canada, with the 16 winners hailing from 13 states. The good-looking trucks were selected in five different categories, ranging from light-duty, medium-duty, heavy-duty, car carrier and working truck.

The annual Shine ‘n Star Tow Truck Photo Beauty Contest, which is powered by Ford Trucks, taps into towing operators’ pride in their fleet, providing an opportunity to show off the beauty and brawn of their equipment.

The truck is painted with patriotic, military and first responder images, and the Twin Towers – a creative job that took nine weeks to complete. The hood depicts an American eagle on an American flag. "Thank you to those who serve and protect," each side of the boom reads.

"We’re all volunteer firemen and we have military ties," says Steven Fusaro, owner of the 10-year old family-owned and -operated company.  "My two brothers-in-law – John and Chris – are vets and they are the two guys painted on one side of the truck."

Like many tow truck operators, Fusaro savors the compliments generated by his tow truck. "People love it. We get a lot of thank yous," he says. "We show it off in processions and parades." 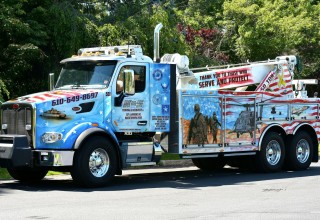 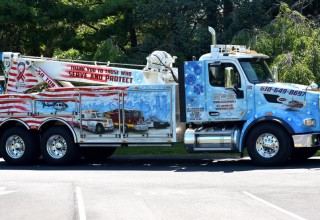 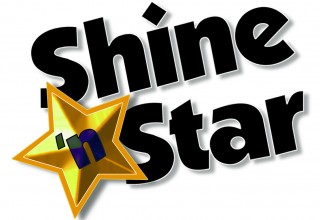