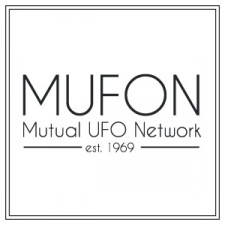 "After a six-month period in which to compile a comprehensive overview of a long-term, ongoing problem for the military, I at least expected the report would have provided examples of the most important UAP encounters—when and where they had occurred, how the objects behaved—and connoted more urgency," MacDonald, a pilot himself, stated.

Instead, the public received a weak re-statement that unresolved UAP cases exist, with the excuse that poor reporting had allowed the resolution of only a single report out of 144. "This is not acceptable," MacDonald declared. "The report noted one sighting was resolved as a balloon, while also stating that, 11 times, pilots reported these objects had almost collided with their aircraft. How much clearer could a report get? Does an airplane have to get knocked down before an adequate investigation begins?"

A statement in the report that the objects seemed "to cluster around U.S. training and testing grounds" is, MacDonald observed, "disturbing, but not new, nor are statements that UAP can hover during prevailing winds and move at tremendous speeds without visible means of propulsion. These characteristics of the phenomenon have been known to the U.S. government since the 1940s. It makes me wonder how much current-day government UFO investigators know about what their predecessors knew and studied. Why haven't they used the last seventy years to better advantage?"

MacDonald stated MUFON "remains poised" to assist the UAP task force to any extent it can as the task force seeks to resolve the conundrum.

About The Eisen Agency

The Eisen Agency is a leading marketing, public relations and sales consultancy providing national and international communications, marketing and PR strategy and implementation.