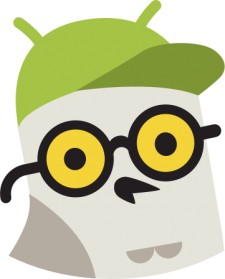 NEW YORK, NEW YORK, May 4, 2017 (Newswire.com) - When Socratic launched on iOS in July, founders Chris Pedregal and Shreyans Bhansali knew they wanted to bring the app to all students as soon as possible. That’s why, starting today, Socratic is available on Android devices and iPads, and in six languages: English, Spanish, Indonesian, Portuguese, French, and German.

“Ever since we launched, we’ve been getting thousands of requests for an Android version of Socratic. We’re so excited to finally have an app to share with Android users. Over half of American smartphones, and nearly 90% of global smartphones, are Android devices, so this is huge,” said Shreyans Bhansali, co-founder and Head of Engineering.

The Socratic app, where students can snap a photo of a homework question and learn how to answer it, has dominated the App Store education rankings. Socratic gets over 10 million homework questions a month and was recently named an Honoree by the Webby Awards. Now, with Socratic launching on Android and iPad, students from Kansas City to Buenos Aires will have access to this tool. Unlike other educational apps, the entire Socratic experience is completely free.

Check out a video of the app

Students simply take a photo of their question, and the app provides explanations, definitions, curated videos, and Q&A. With a focus on pedagogy, Socratic gives students learning content that teachers can trust. The app helps students with homework from any major high school subject, including Math, Science, History, and Literature.

Today’s international Android and iPad launch signals a change for students around the world. Whether studying Algebra or Chemistry, students can rely on Socratic to help them understand tricky concepts and get their homework done well.

For more information and press assets:

Shreyans Bhansali, Head of Engineering, graduated from the University of Pennsylvania. The son of Indian parents, he grew up in Indonesia.

Christopher Pedregal, CEO, graduated from Stanford University. He was born to a Spanish father and a French mother, and grew up in Brazil and Mexico.

We are an education technology company that is dedicated to helping students learn. We're combining the best AI technology with the web's best educator community to make learning easy.