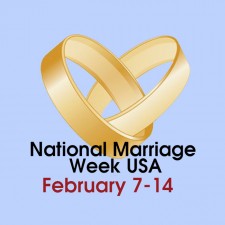 NEW YORK, February 7, 2018 (Newswire.com) - National Marriage Week USA (www.nationalmarriageweekusa.org), a national campaign to increase marriage education and champion marital success, launches today and will conclude on Valentine’s Day, Feb. 14. National Marriage Week, which began as a grassroots campaign in 2010, seeks to espouse the many benefits of marriage, including better health, increased wealth, and greater happiness for married couples and their children.

“National Marriage Week USA (Feb. 7-14) is an opportune time to discuss the decline of marriage in America and its correlation to poverty,” said executive director Sheila Weber. “Marriage is the number one social justice imperative to reduce poverty, so it’s vital that Americans understand the significant benefits of marriage for their own lives as well as the lives of their children.”

Marriage is the number one social justice imperative to reduce poverty, so it's vital that Americans understand the significant benefits of marriage for their own lives as well as the lives of their children.

The campaign has many compelling messages and projects, including:

·         Research proves that marriage heals the economic divide, lifting women and children out of poverty. According to the Brookings Institution, our economy would see a 25 percent reduction in poverty if today’s marriage rates were the same as those in 1970. To read additional articles and Op-Eds, visit www.NationalMarriageWeekUSA.org/news-coverage.

·         In a move to encourage marriage among single parents, a groundbreaking bipartisan Minnesota law increased the poverty threshold, allowing parents to continue receiving government benefits for 12 months after they marry.

Visit www.NationalMarriageWeekUSA.org to learn more about this vital issue or to request interviews. Contact Sheila Weber at sheila@nationalmarriageweekusa.org or 646.322.6853. 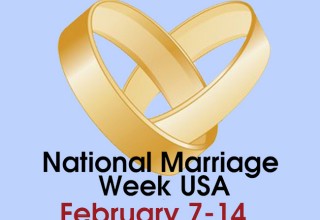 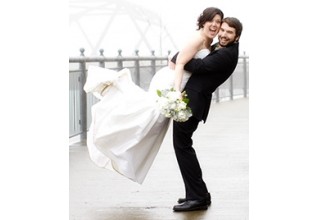 It's National Marriage Week--Campaign to Promote Marriage and Its Success
A campaign to promote the benefits of marriage to reduce poverty and benefit children.
sheila@nationalmarriageweekusa.org - Feb 6, 2017