Tickets are on sale now for individual performances for the Wheaton College Artist Series 2017-2018 season. Season subscriptions and group discounts for 20 or more are also available.

The Artist Series — which dates to 1950 — has brought countless international, national and Chicago-based entertainers to DuPage County. This season, five acts will perform at the college's Edman Chapel, a welcoming venue close to home that allows guests to experience warm hospitality with great music at a great value. All concerts are open to the public and begin at 7:30 p.m. with short talks by the artists at 6:30 p.m.

"Over the past 67 years, many of the best orchestras, conductors, choirs, string quartets, brass groups, dance companies, world music ensembles, and soloists from around the globe have appeared as part of our Series," said Tony Payne, general manager. "The Artist Series also partners with Chicago area performing artists, including Camerata Chicago conducted by Drostan Hall, Joffrey Academy Dancers, and the acclaimed musicians of the Wheaton College Conservatory of Music."

The first act for the 2017-2018 season is Grammy Award-winning Canadian Brass on Friday, Sept. 15. Over the past 47 years, this world-renowned brass quintet has developed an engaging stage presence and brings the excitement of brass music to new audiences each year. The hallmark of a Canadian Brass performance is entertainment, spontaneity, virtuosity, and fun. The group's repertoire includes brass standards as well as a wide-ranging library of original arrangements. Canadian Brass has a discography of more than 130 albums and has appeared on the Tonight Show, Evening at Pops, Today, Sesame Street, and Entertainment Tonight as well as with the Artist Series in 2006.

On Friday, Oct. 6, 28-year-old Taiwanese-Australian violin virtuoso Ray Chen will make his Artist Series debut. In 2012, Chen became the youngest soloist ever to perform in the televised Nobel Prize Concert for the Nobel Laureates and the Swedish Royal Family. He has appeared with some of the leading orchestras around the world including the London Philharmonic, the National Symphony Orchestra and the Orchestre National de France. His Carnegie Hall debut with the Royal Stockholm Philharmonic and conductor Sakari Oramo was met with a standing ovation. Followed by more than two million people on SoundCloud, Chen has made classical music appealing to a new generation.

On Saturday, Feb. 10, 2018, the Yamato Drummers of Japan will bring its passionate, theatrical performance to the Wheaton College Artist Series. The troupe captivates audiences with its stunning visual and musical expression of Japanese culture through Taiko drumming. Yamato Drummers of Japan has given more than 2,500 performances in 51 countries, presenting original compositions and contemporary music with a sense of humor.

The 68th season of the Wheaton College Artist Series concludes Saturday, April 21, 2018, with A Grand Night for Singing featuring tenor Lawrence Brownlee. Brownlee has been hailed by the Associated Press as one of "the world's leading bel canto tenors" and his voice has been praised by NPR as "an instrument of great beauty and expression." He has performed with nearly every leading international opera house and festival and was nominated for "Male Singer of the Year" by the International Opera Awards. Brownlee will be accompanied by singers from the Lyric Opera of Chicago's Patrick G. and Shirley W. Ryan Opera Center as well as the Wheaton College Symphony Orchestra with Daniel Sommerville, conductor.

In addition to the five main events this season, the Wheaton College Artist Series is also offering a free concert by the U.S. Army Field Band and Soldier's Chorus on Wednesday, Nov. 8, 2017, in honor of Veterans Day. All seats are unreserved, general admission. As musical ambassadors of the Army, the group's mission is to serve and inspire Americans by telling the Army story and honoring soldiers and veterans at home and abroad. The U.S. Army Field Band tours nationally and internationally as directed by the Department of the Army in support of local community events.

In preparation for Holy Week 2018, Cellist Leonardo Altino is scheduled to perform the six unaccompanied cello suites of J.S. Bach on Saturday, March 24, 2018. Performances begin at 1 p.m. in churches throughout Wheaton. Watch for additional information and ticket pricing.

Annual subscriptions are available for the five main concerts of the Wheaton College Artist Series season. Subscribers save 20 percent off individual prices and receive additional perks such as a Dining & Discount card offering exclusive savings at local restaurants and retailers, including many downtown Wheaton favorites. The Dining & Discount card also offers discounts for the Wheaton College sports and recreation complex, Thunder sports season passes, and on many items at the college bookstore.

Tickets for individual performances are on sale now and are available up to showtime as demand allows. General admission seating is $45. Seniors receive a $5 discount and student tickets are just $10. Discounted tickets also are available for groups of 20 or more. Tickets can be purchased by phone, online or on-site.

Edman Chapel is located at 401 East Franklin Street (corner of Washington and Franklin) in Wheaton. Free parking is available in the lot on the north side of the chapel. Additional parking and free shuttles are available at the Billy Graham Center.

To reserve a seat for any Wheaton College Artist Series performance, visit www.ArtistSeries.org or call (630) 752-5010. 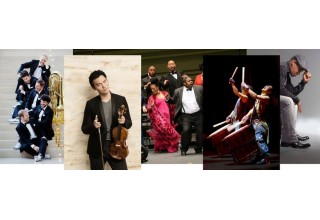 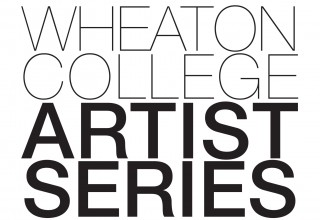 Stevens & Tate Marketing is a digital agency specializing in meeting the ever-changing demands of today's consumer. As experts in all areas of Internet Marketing, we know how to navigate through evolving trends and technologies for today.