New York, NY, September 9, 2015 (Newswire.com) - ​​One in four people face mental health issues, meaning nearly every family in America has been touched by this treatable but challenging issue. Yet, the conversation on the subject still remains muted and the sufferers closeted.  “This Is My Brave - The Show” (TIMB) is raising the volume of conversation around mental health one powerful story at a time. The lauded, ground-breaking concept, which has received rave reviews and has been touted as “healing for humanity,” is coming to NYC for one night only on Sunday, October 4th at Hunter College’s Kaye Playhouse just in time for Mental Health Awareness Week (10/11-17).

•  Elizabeth Swados, award-winning composer, director and writer - author of the book My Depression: A Picture Book which recently was adapted by HBO into a documentary film

•  Comedian Christian Finnegan who has appeared on “Conan,” “The Late Late Show With Craig Ferguson” and “Chappelle’s Show” among others

•  Kathleen Frazier - author of Sleepwalker: The Mysterious Makings and Recovery of a Somnambulist [Skyhorse Publishing, 9/8/15]

In 2015 This Is My Brave expanded with unique productions in 6 cities – DC, Boston, Iowa City, and Harrisburg, PA, with shows in NYC and Los Angeles this fall. They also opened the Mental Health America’s annual conference in Alexandria, VA on June 3rd, and will be presenting at the Depression Bipolar Support Alliance (DBSA) annual conference in Chicago this September. For info on all shows, visit www.thisismybrave.org/events. 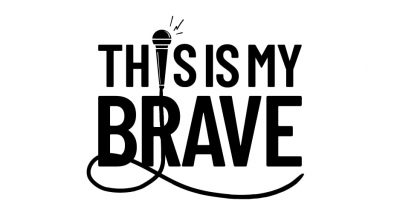