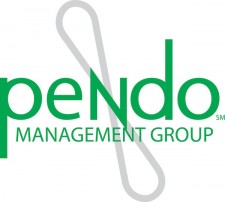 LEES SUMMIT, MO, September 8, 2016 (Newswire.com) - Pendo Management Group, for the third consecutive year, was recognized as one of the fastest growing companies in Ingram’s Magazine and in Inc. Magazine’s 35th annual 5000 List. Both awards recognize the top growth companies based on increased revenue over a three-year period.

"Our staff, clients and network of appraisers are the core of our business and Pendo​ Management Group wouldn't be on these lists if it weren't for their support and dedication. We are honored to be selected again and privileged to have substantial growth three years in a row. Our focus is to continue what we've started and to see even bigger results in the coming years."

Achieving recognition three years in a row is a big achievement and one the company hopes to continue into 2017.

Each year, Ingram’s salutes the region’s fastest-growing companies in its annual Corporate Report 100. The report showcases those companies who achieve significant growth within a three-year period. Each company recognized must be headquartered in Kansas City’s 22-county metro area and have at least $200,000 in sales year one and $1Million in sales by year three.

The Inc. 5000 List was created to honor real achievement by a founder or a team of founders who have built something great from scratch and showcase significant revenue growth in a three-year period. Companies who made the list had to generate a minimum of $100,000 in 2012 and a minimum of $2M in 2015.