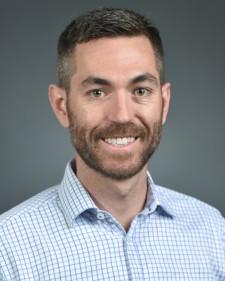 On Page 30 of the report “Power Our Future: A Clean Energy Vision for Philadelphia,” Kiscaden drew attention to the suggestion that people should purchase a programmable thermostat - the standard for today’s residential and business markets. His concern is that the report might have unintentionally targeted mercury-filled thermostats. In the wake of a purchase for a programmable unit, the replaced thermostat, if mercury-filled, could lead to its improper disposable.

“After reviewing the report, which made a commendable effort to offer a grand vision for Philadelphia’s energy future, I wanted to ensure drafters of the report that it was important to inform the public of the need to safely recycle the replacement of mercury-filled thermostats because they are a well-known environmental health hazard.”

Kiscaden urged the report’s drafters to be aware of legislation regarding this issue, including the federal Resource Conservation Recovery Act and the Pennsylvania State Legislation Mercury-free Thermostat Act. Both address the proper disposal and recycling of mercury-filled thermostats.

“Because the report urged public comment, as an organization dedicated to environmental stewardship, I felt it is incumbent upon us to offer TRC’s perspective and its efforts to ensure that everyone follows the appropriate protocols for the disposal and recycling efforts of mercury thermostats,” Kiscaden said.

TRC (www.thermostat-recycle.com) is a nonprofit that has recovered more than 2.1 million thermostats and 10 tons of mercury since 1998. Much of the collection of mercury thermostats arises from TRC bins throughout the 48 contiguous United States primarily through HVAC wholesalers and contractors, waste collection sites and thermostat retailers.

The report noted that “Powering Our Future” was released “as a public draft to solicit additional feedback from residents, issue experts and advocates.” The drafters said they would incorporate feedback into a final report. Interested parties can offer their feedback at www.phila.gov/green or directly at sustainability@phila.gov.

Kiscaden concluded his public comments with the suggestion, “An appropriate protocol would be to develop and enforce standards related to environmental compliance and use of the TRC program directly, or by validating when thermostats are recycled properly at an existing collection point.”

Thermostat Recycling Corporation, founded in 1998, is an industry-funded nonprofit corporation supported by 31 manufacturers who historically branded and sold mercury thermostats in the United States. TRC maintains a network of more than 3,600 collection sites nationwide and has recovered more than 2.1 million thermostats, containing 10 tons of mercury, since its inception. TRC assumes all costs to transport and properly dispose of mercury-switch thermostats recovered from service. To learn more about TRC, visit www.thermostat-recycle.org.