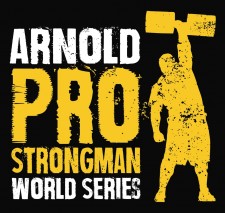 Maryland Heights, MO, February 28, 2017 (Newswire.com) - What does it take to become a champion in the world of Strongman and a Strongwoman competitions? In 2017, STRONGMAN athletes must master the art of the Keg Carry and Press, Yoke Carry, 13-Inch Axle Deadlift, the Axle Press, the Stone of Steel 5 Stone series and other challenging disciplines to become THE STRONGEST… the strongest man and the strongest woman.

Strength, dedication and achievement describe the qualities and commitment behind the Strongman Corporation which was established in 2014 merging with amateur (North American Strongman Inc.) and professional (American Strongman Corp.) organizations. The numerous STRONGMAN events throughout 2017 can be seen here: https://www.strongmancorporation.com/events/

The first-ever major women’s professional Strongwoman contest in the world takes the pace at the Arnold Sports Festival. The inaugural Arnold Pro Strongwoman will make its debut from March 2-5, 2017 in Columbus. The world’s top Strongwomen will be invited to compete for cash prizes and the Katie Sandwina Trophy. The Arnold Pro Strongwoman contest is modeled after the Arnold Strongman Classic, which has been held annually at the Arnold Sports Festival since 2002 and is regarded as the most prestigious title in professional Strongman.

Dione Wessels is CEO/President of Strongman Corporation. Dione is a former record holding power lifter, national champion strongwoman, a division one track athlete and holds three degrees in accounting, nursing, and education and has earned a Master’s Degree in adolescent counseling. Dione says, “The sport of Strongman continues to grow by leaps and bounds. Much of the recent increase in popularity has been in Strongwoman contests. The time is right to elevate the best Strongwomen in the world to professional status and give them a platform to compete.”

The Arnold Amateur Strongman World Championships, proved to be one of the Arnold Sports Festival’s most popular events when it debuted in 2010. It will once again feature more than 180 athletes from 26 countries.