The Will to See: A Conversation With Bernard-Henri Lévy 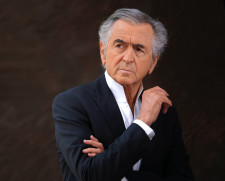 WASHINGTON, October 22, 2021 (Newswire.com) - Christians in the West are willing to decry the wanton slaughter of fellow believers in the Middle East, yet slower to protest massacres of far great magnitude in Nigeria, according to Bernard-Henri Lévy's new book and film, The Will to See. Lévy will engage with the press on Wednesday, October 27, 2021, at Hyatt Regency, 400 New Jersey Ave NW, Washington DC, starting at 3:30 p.m. The event also will run live via Zoom (ID: 922 2530 5522 Passcode: BHL@DC27th) and YouTube (https://youtu.be/qqKPinJ5Pio). His talk is hosted by The International Committee On Nigeria (ICON) and the International Religious Freedom Roundtable (IRF-RT).

Lévy, French philosopher, filmmaker, and activist, will brief reporters on the release of his film and book, The Will to See, and take questions. The event will be a conversation about what the author has learned on recent travels to the conflict zones of Northern Nigeria, Iraqi and Syrian Kurdistan, Afghanistan, Ukraine, Lesbos, Somalia, and Bangladesh.

In both the film and the book, Lévy reports from countries overcome with suffering and hardship, disrupted by war and facing the most challenging geopolitical crises. He advocates for a revival of the common bond of internationalism and humanity that were once a guiding moral light of the West.

Lévy toured the Panjshir Valley of Afghanistan last year and interviewed Ahmad Massoud, son of late Commander Ahmad Shah Massoud on the eve of the nation's fall into the Taliban's hands. He drove to the rural areas in Nigeria where the Fulani militants are murdering thousands of defenseless Christians; he reports what he saw in Syrian Kurdistan after the 2019 Turkish military incursion; he shares the tales of bravery of the Peshmerga still combatting ISIS in Iraqi Kurdistan, and he shares first-hand instances from lawless streets of Mogadishu. In July 2020, he traveled to  Libya's Misrata and Tarhouna to bear witness to the killing fields and mass graves.

ICON advocates to help the oppressed and minority groups in Nigeria and argues that a destabilized and crisis-ridden Nigeria has a negative impact on development, international security, and the stability of the entire region.

London and Washington Must Act to Head Off Genocide in Nigeria
Religious Freedom Advocates say Nigeria is Heading Towards Collapse. Thousands sign a petition that calls on the US and UK governments to respond to the ongoing crisis in Nigeria.
International Committee on Nigeria - Apr 25, 2022