The UnderCover, the Solution to the Heavy Hot Tub Cover, Now Available for Sale

The UnderCover features an exclusive insulation made of five layers of transparent, textured PET film interposed between five layers of metallized PET film. According to material testing originally conducted and recorded at the University of California in the early 1990’s, the insulation used in the UnderCover features an r-value of 10. Patent number: US5270092 A. The Insulation is wrapped in a puncture resistant waterproof PVC coated synthetic fabric mesh. The UnderCover is installed to the underside of any conventional hot tub cover, fastening along the outside perimeter with button zip fasteners, rigidly installing to the cover, while also remaining simple to remove for maintenance.

The UnderCover prevents condensation from occurring inside the foam, by means of condensation forming from the exterior cold environment. As hot air from the tub rises and cools, water vapor is condensed into liquid. This effect has been observed to occur inside the foam of the hot tub cover, especially during the winter months, when the cold is able to penetrate deep into the foam. By utilizing a high-performance plastic film insulation system, we're able to contain heat close to the water, preventing a dramatic flow of heat through the foam insulation. Without hot air flow through the foam cover, condensation is eliminated.

The UnderCover's insulation rests on the Spa water, applying insulation directly where it's most needed. By containing the heat directly at the water, the spa owner also no longer has to pay to heat the air gap between the water and cover. Additionally, by being in direct contact with the water, evaporation is reduced, and chemical use is also dramatically reduced.

The insulation utilized in the UnderCover is a plastic baffle system originally invented in 1991 at the University of California, with a patent for their plastic film baffle insulation methods. Today, the technology is used in a large variety of applications, such as in prefabricated insulation panels for buildings in residential, commercial, agricultural, industrial, at all different levels of construction.

Now, for the first time, an adapted application of this technology is being utilized for a hot tub. With styrofoam filling an estimated 30 percent of our landfills, and the average styrofoam hot tub cover lasting only around three years, a method of insulating a hot tub efficiently, without the styrofoam cover being left in direct contact with the water was begging to be invented. 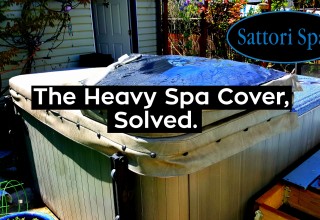 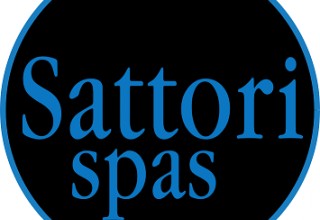 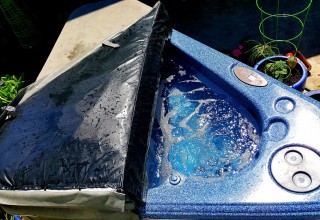