The "Truth" About the Trueprint 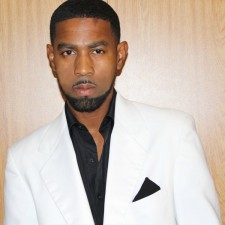 Manhattan, NY, July 17, 2016 (Newswire.com) - ​​Check out D-Edge The Trueprint for an exclusive look at the innovative music industry standard of today’s artists. This isn’t a J Hova sequel but something on an entirely different level in terms of independent artistry. The melodic delivery on the verses subsequently applied with intricate wordplay was the first aspect that is apparent on this album. It’s almost as if D-Edge utilizes his unique voice as another instrument to lay on top of the authentic and pristine production qualities on the songs. The slamming 808 kick drums added a solid foundation to most of the tracks that will be sure to knock out your stereo deck. Each song flows into one another and was carefully orchestrated in terms of exciting fluctuations that captivate the music audience. The sampling coupled with analogue warmth on the album was very much apparent and brought it back to the golden age of hip-hop/ R&B. The retroactive styles are very nostalgic for hip-hop heads and continue to be industry standard when it comes to the hip-hop genre.

There are 3 songs in particular that listeners should mark because they truly exotify D-Edge and his artistry as a musician:

The Gawd - This track follows up a very powerful intro song while keeping the momentum of the album hyped up for the bangers that follow. The phased out synthesizers with the tuned- up drum rolls that D-Edge spits over with precision shows his MC skills rapping over different tempos adjusting speeds and cadences which some rappers simply cannot do.

Dive - The simplicity of the instrumental really lets D-Edge show his faculties on the beat while the beat changes into interesting, creative dynamics. This has an R&B feel to it with a hard style flow that runs straight through killing bars and adding elaborate nuances. The bells work really well with the percussive claps and bass thuds on this track complimented with deluxe chords underneath setting the instrumental’s foundation.

My Wins, My Losses - This is a track where D-Edge tells an impeccable story about his life and really connects with the listener on a deeper aspect. The chorus musician adds a 1-2 punch combo and meshes really well with D-Edge’s lyricism on this song. The words in My Wins, My Losses come straight from D-Edges life experiences harnessed into a track to provide value and optimism to the audience for a better future. D-Edge is a conscious musician that wants to bring value to the rap game, which has been lacking in the past decade. D-Edge’s “The Trueprint” is available on both digital and tangible platforms in stores now if you want to listen to the future of hip-hop in its prototype custom!

Music Artist D-Edge to Give Away Turkeys for Thanksgiving
NWI News - Nov 8, 2016