The Smallest Open Board for Gesture Recognition in Robotics, From Milan to Maker Fair New York 2017

The Tactigon is a portable, programmable device, Arduino IDE compatible with 3D motion sensors on board and IoT capability

MILAN, September 6, 2017 (Newswire.com) - Next Industries team is presenting the first prototype of The Tactigon Board at the New York City Maker Fair 2017.

“We are excited to present our wearable technology with IoT capability at the most famous Fair in the World of Makers,” says CEO Massimiliano "Max" Bellino. “Thank you to my team - great passionate guys - I was able to bring my idea to reality. We haven’t designed an electronics board only, but we have designed a tiny technology with fresh, modern, ergonomic case. The Tactigon board is freshly designed with two valuable accessories: T-SKIN glove for gesture recognition and T-SHARP waterproof case for external use cases.”

'Dad, build me a gesture recognition like Iron Man.' 'Daughter, let's do it together!' The beginning of the story. The beginning of a long shopping list: a lot of shield is needed to buy because it doesn't exist one board to solve this problem. You need gyroscope, accelerometer and magnetometer and Bluetooth Low Energy. This is the problem we want to solve.

The problem we wanted to solve

Many boards are usually needed to build a device like a glove for gesture recognition or robot rover. You need gyroscope, accelerometer, magnetometer and communication device like Bluetooth to visualize data on Smartphone. The Tactigon has all mentioned sensors integrated in a small form factor, it's ready to be used in your projects.

During the New York City event, we will launch a “Code Challenge” for makers at our booth. The aim of the challenge is developing a code in short time to move a robot by using The Tactigon Board. Further details will follow next week. Stay tuned with our social network Facebook and Twitter channels. 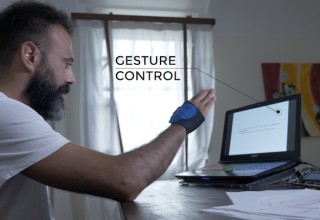 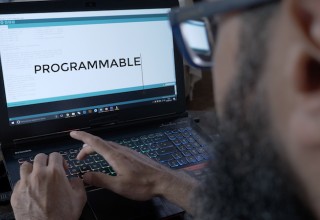 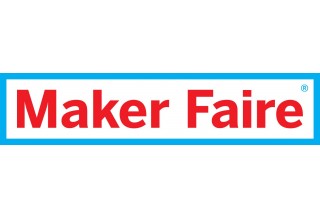 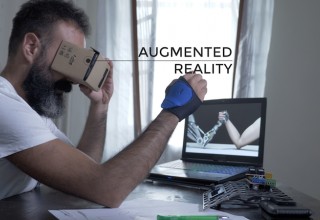 About Next Industries S.r.L

Next Industries is an Italian StartUp located in Milano. We design smart devices provided with IoT tech and we are expert in vibration detection, motion tracking application with wireless technology.Our motto is "We connect you to the Real World"

Open Board for 3D Gesture Control, Motion Capturing, Tracking and Robotics
The Tactigon. Exactly what the world was expecting.
Next Industries S.r.L - Jul 26, 2017