The Premium Cordless Flat Iron, AESTY, Set to Launch on Kickstarter in 6 Days 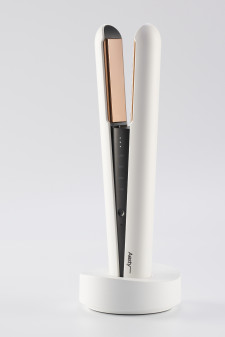 SEOUL, South Korea, July 21, 2021 (Newswire.com) -  After receiving the 2017 CES Best Innovation Award with its in-house developed thermal technology, Samsung Electronics C-Lab spin-off startup MANGOSLAB is looking to take their company to the next level by launching the company's newest product line, AESTY, on Kickstarter. AESTY is a premium cordless flat iron that uses MANGOSLAB's proprietary heating technology to deliver precision and luxury styling for its users. The campaign is set to go live on Tuesday, July 27, 2021, at 12:00 a.m. EDT.

AESTY was born from the ideas of the MANGOSLAB employees after being dissatisfied with existing hair styling tools. MANGOSLAB's team discovered that all premium flat irons on the market had at least one critical flaw in one of the five major categories that determine the overall value of the product: performance, design, convenience, durability, and safety. This was a niche that had yet to be filled, and the MANGOSLAB team combined the efforts of its engineering and design team to create a never-before-seen premium flat iron to fulfill that role. After nearly two years of development, the AESTY flat iron was born and is now ready to be introduced to the general public.

Performance
The combination of AESTY's intelligent heat control system, precision temperature sensor, and titanium plates allow for its users to straighten hair in a single glide without a single instance of snagging. This means the hair spends less time in contact with heat which allows for healthier hair quality.

Design
AESTY's quality was confirmed by renowned experts when it received the Red Dot Design Award in 2021. Its smooth white shell and polished gold plates highlight the overall aesthetic of the AESTY flat iron. Instead of going with a traditional rectangular design with harsh lines and a prominent hinge, the AESTY form factor features rounded borders without any disrupting lines to give it a refined singular shape.

Convenience
AESTY's cordless feature makes it convenient for on-the-go and allows for unrestricted styling movements. The 4-cell lithium-ion battery with 2500 mAh allows it to be used for up to two straightening sessions depending on the amount of hair of the user.

Durability
Since the heating plates tend to be the most prone to physical damage, the MANGOSLAB team built the AESTY heating plates out of quality titanium to make the device resistant to deformation and damages.

The AESTY will have exclusive prices for Kickstarter backers starting at $239. After the Kickstarter campaign, AESTY will retail for $349 on all other e-commerce platforms. Any editors or social media influencers interested in reviewing the AESTY may reach out through the following channels: 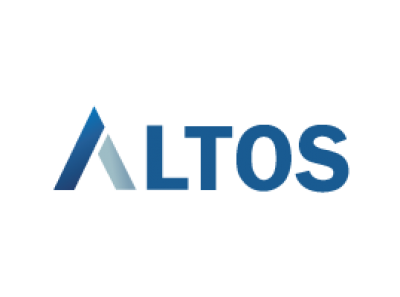