The Pacific Alliance Promotes International Innovation in the United States

The 7th edition of the LAB4+ Summit brought together more than 550 entrepreneurs, startups, investors, incubators and accelerators from San Francisco and innovators from Peru, Chile, Colombia and Mexico 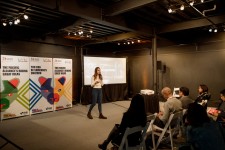 LIMA, Peru, December 17, 2019 (Newswire.com) - The Pacific Alliance’s LAB4+ Summit made its U.S. debut in November, resulting in investment agreements totaling more than US$6.3 million. The 7th edition of the event – the Pacific Alliance’s largest innovation, technology and business summit – connected more than 550 attendees, including two dozen of the Bay Area’s top investors with innovators and entrepreneurs from Peru, Chile, Colombia and Mexico, from Nov. 20-21.

“During the two-day summit, LAB4+ hosted more than 100 meetings that have since resulted in investment agreements totaling more US$5.27 million,” said Mario Ocharan, director of export promotions for PROMPERU. “This was an excellent first step to bridge Latin America’s top-producing economies with San Francisco – the world’s capital of innovation, and beyond.”

Most investment agreements – a little over US$5.27 million - were made during the event’s business rounds and over US$1.03 million corresponds to investments in tech startups. A total of 176 meetings took place, including 97 business meetings and 79 entrepreneurial pitches.

The Pacific Alliance represents the sixth-largest economy in the world, with more than 230 million inhabitants and an outstanding business, start-up and public innovation ecosystem and global market. The LAB4+ Summit is its main platform to showcase, connect and generate growth and business opportunities.

Guests were able to hear from more than 35 different speakers who spoke of their success as startups from the Pacific Alliance as well as attend expert-led workshops and pitch meetings. The keynote speaker was Felipe Buitrago, vice minister of creativity and orange economies for Colombia’s Ministry of Culture, followed by some of LATAM’s key players who founded Bay Area-based companies like Rodrigo Lopes, co-founder of Arrivedo; Alberto Yepez, co-founder of Forgepoint Capital; Adrian Magendzo, senior specialist at Inter-American Development Bank and more.

About the Pacific Alliance

The Pacific Alliance is an initiative of regional integration comprised of Chile, Colombia, Mexico and Peru. Its three main objectives are: to build in a participatory and consensual way an area of deep integration to move progressively towards the free mobility of goods, services, resources and people; drive further growth, development and competitiveness of the economies of its members, focused on achieving greater well-being, overcoming socioeconomic inequality and promoting the social inclusion of its inhabitants; and to become a platform of political articulation, economic and commercial integration and projection to the world, with emphasis on the Asia-Pacific region.

The Fives Hotels & Residences in Riviera Maya Announces a Line-Up of Events to Celebrate the Holidays
Guests of all ages can spend the festive season immersed in the local Mexican culture at these five-star properties
Newlink group - Dec 20, 2019
Newswire